When Olde Good Things was called to extract elements of the historic Art Deco style Waldorf Astoria New York City, we were able to salvage many fine pieces from the suites, ballrooms, and towers. One of the tenuous tasks of this project was the salvage of over 250 marble mantels, including a $40,000 inlaid marble mantel from the US Ambassadors Suite. The wooden and marble mantel collection features historic mantels carved in styles not limited to Georgian, Louis XVI, French Regency, and English Regency mantels.

Room 1314 of this iconic hangout of the rich and famous provided OGT with an Antique 19th Century French Regency mantel imported from Europe. The mantel is original to the Park Avenue Waldorf Astoria, and it was installed during the 1930s when the hotel was built. This exquisite mantel features a dark gray marble with white veining. During the Regency period, there was a friendly war between French and English styles. French Regency pieces will show evidence of Empire style popular during the reign of Napoleon. All Regency styles were decorative, opulent, luxurious, and tended to the exotic. 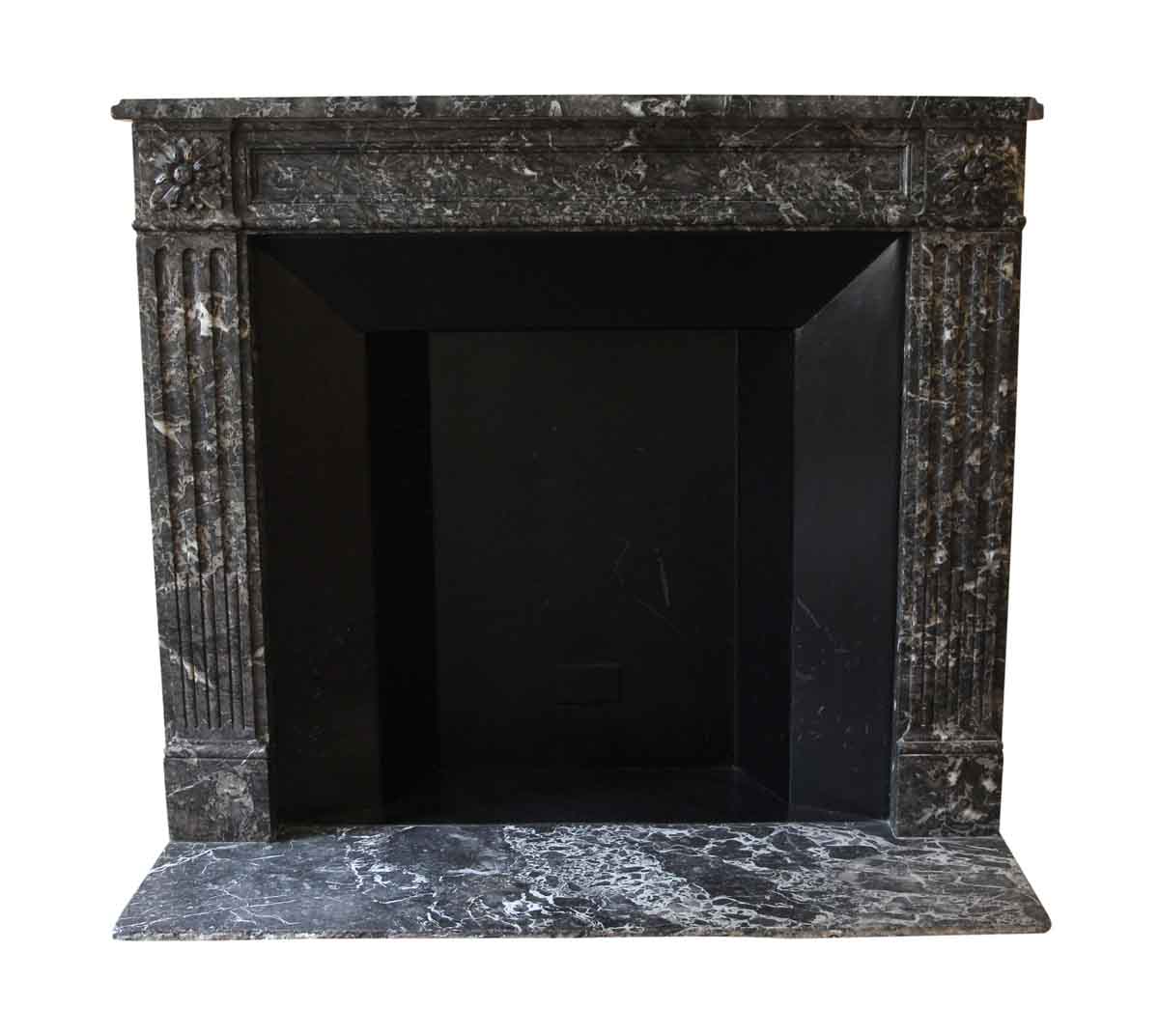 The Regency style was popular from 1811 to 1830. It was named for the Prince of Wales, who served as regent for King George III before he was crowned King George IV in 1820. Regency architectural elements were a mixture of Egyptian, Chinese, and Gothic motifs with neo-classical features. English Regency style incorporated Egyptian form and motif; this was directly related to the British navy’s victory over France at the Battle of the Nile. 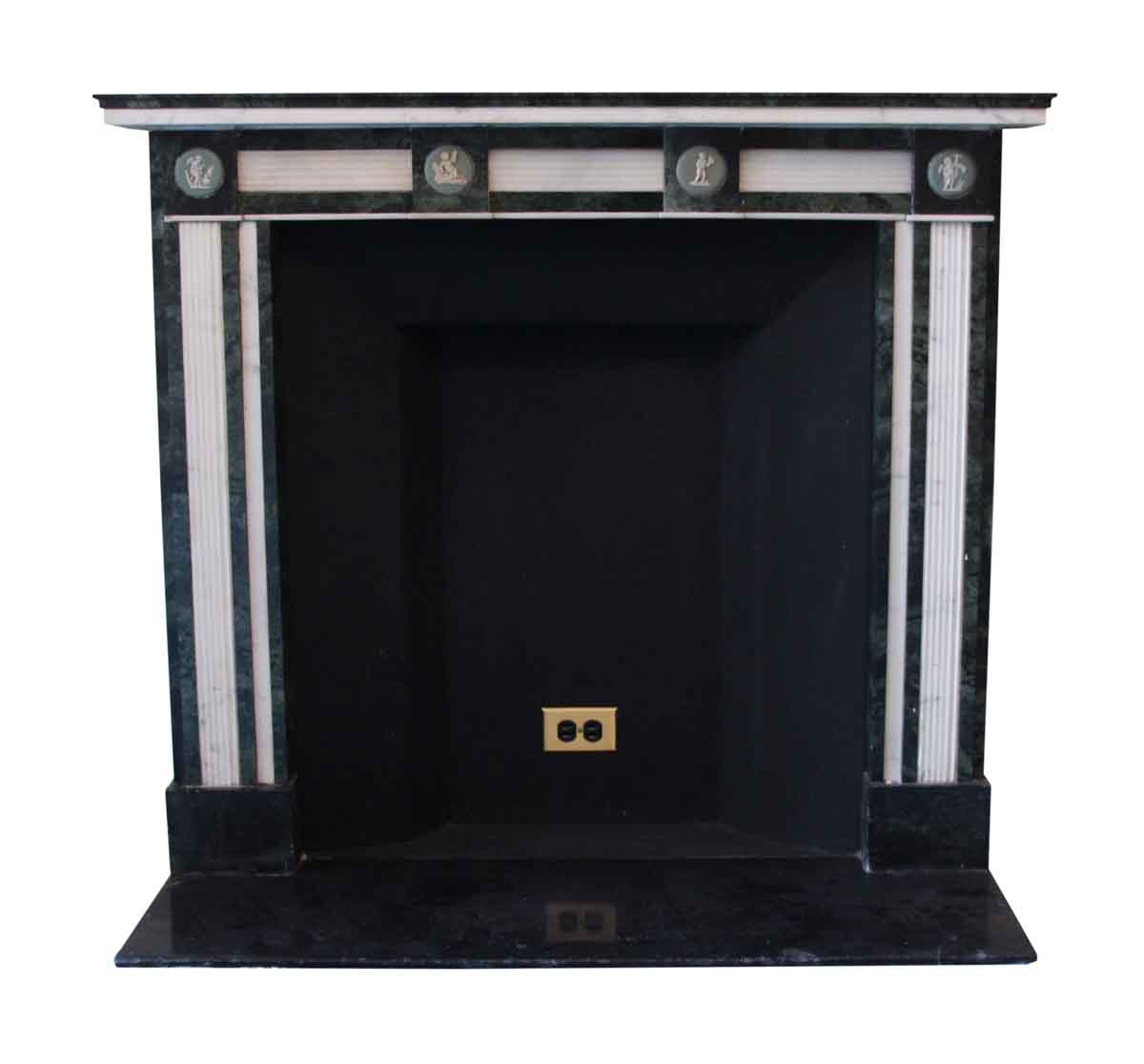 Another classic marble mantel was salvaged from the A Suite on the 31st floor — Herbert Hoover’s New York hideaway. This piece is Georgian white marble with Verde Antico insert, circa early 19th century, imported from Europe and original to the hotel.

The British Georgian style was the most popular style in English colonies through the 18th century. Georgian style can be identified by symmetrical lines and classic details. 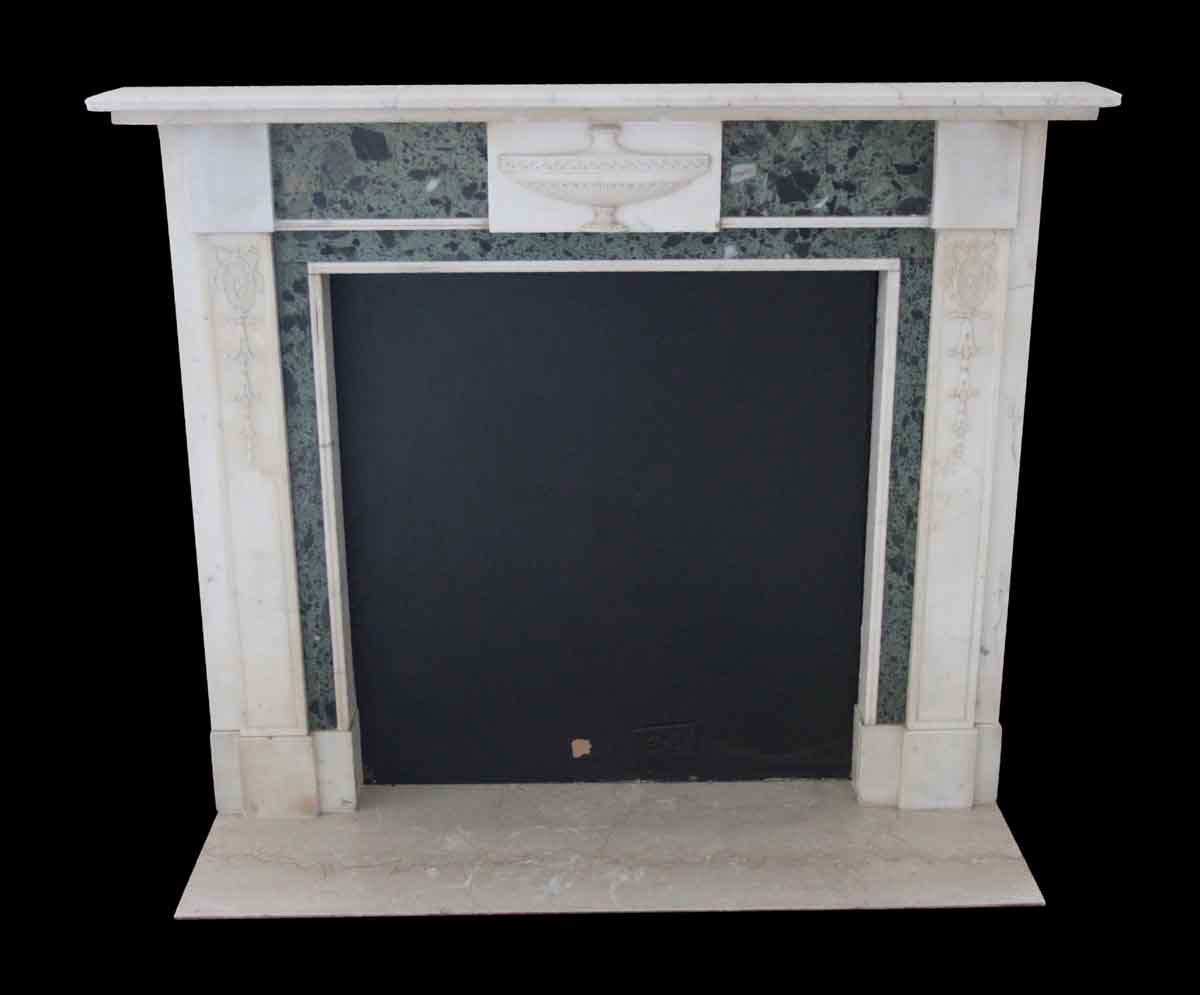 This limestone mantel was imported from France and was original to Room 27Y. This elegant style is one of our Louis XVI French Regency carved mantels. Louis XVI style dominated Europe from 1774 to 1793 prior to the French Revolution. It blended remainders of the Baroque period with neoclassicism. 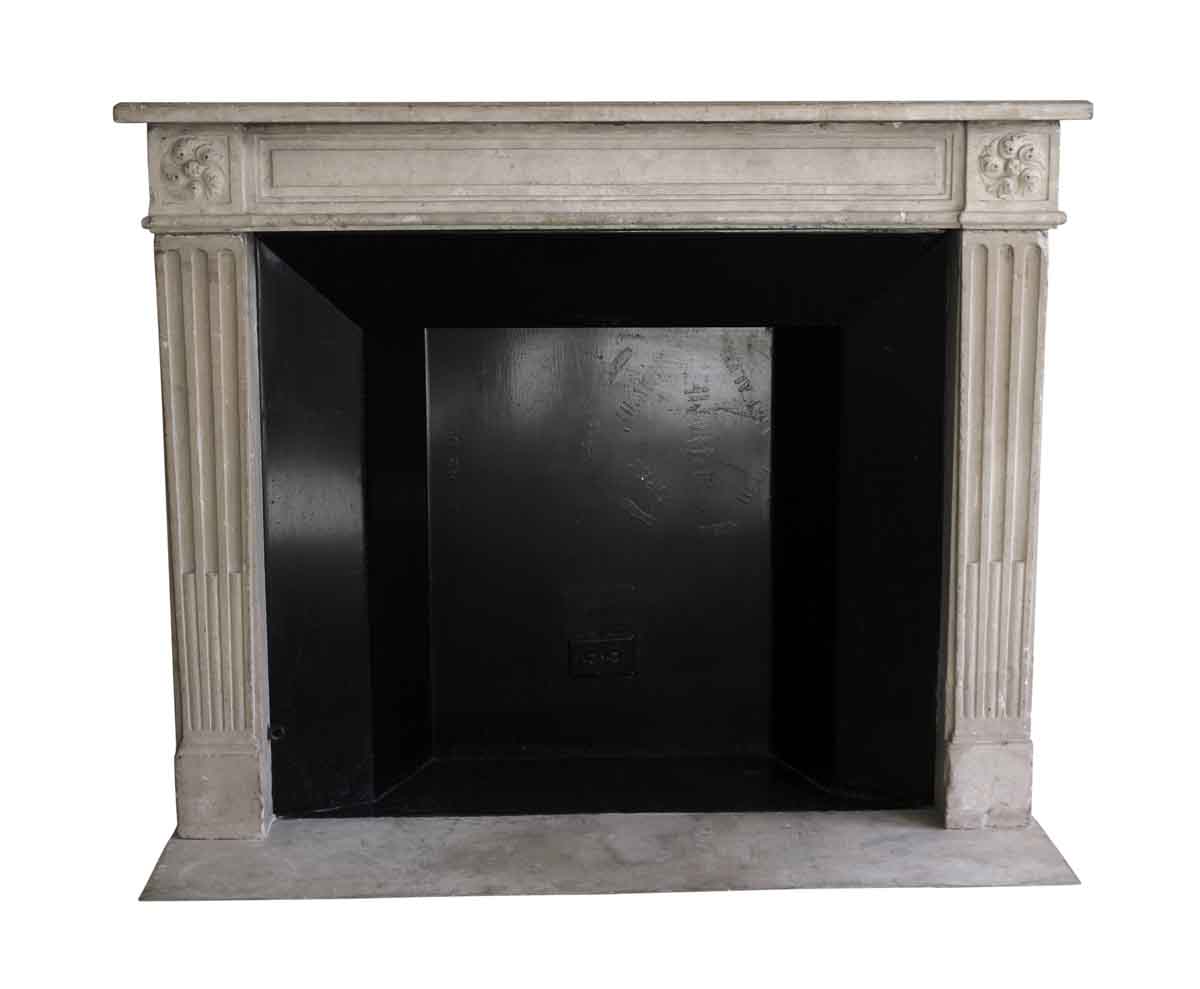 Characteristic of Art Deco and Regency styles, this Louis XV French Rococo mantel is giddy with color and design. Regency style mixed exotic and lavish palettes of color in exuberant tones. This feature, paired with the aristocratic swirls, leaves, and cornucopias common to design, made for a perfect representation of the era. This mantel was imported from Europe in the 1930s and was original to Room H on the 17th floor.

Come select your mantel from the exquisite collection rescued during the refurbishment of the iconic Waldorf Astoria New York City. You can view the selection online.

In honor of this weekends royal wedding, we are offering 25% off exclusive Waldorf Astoria Art Deco Flatware Sets. This weekend only. 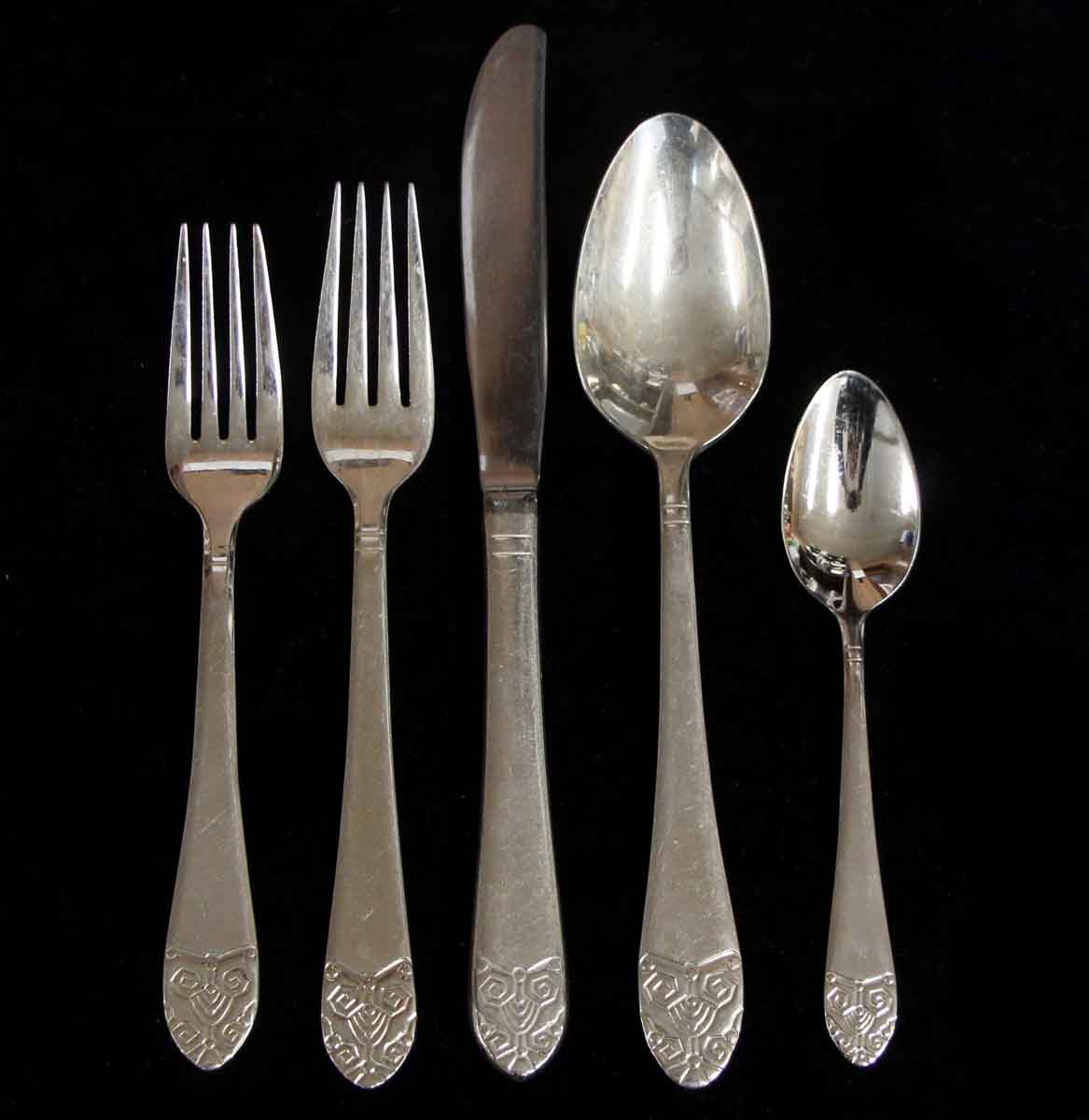 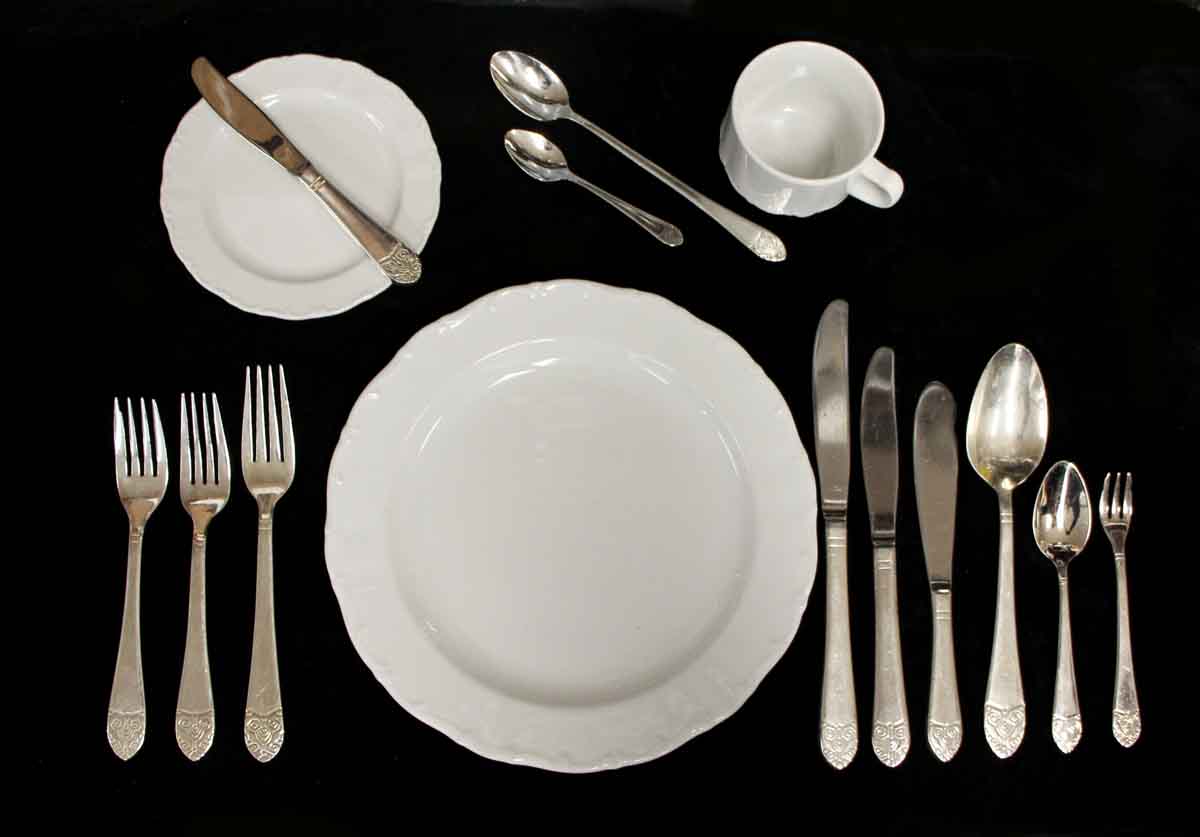 If you are looking to get extra Steak Knives, Butter Knives or Spoons to match, and want to save $$. Use our Memorial Day Sale coupon code and save 20% off, MD2018. Now until Memorial Day, must spend $75 or more.