Located in the heart of New York City’s upper west side, Olde Good Things Broadway storefront was once hidden with scaffolding, making this truly unique store hard to find. Now that the scaffolding has come down, we have given this amazing store an exterior facelift. On the inside, the ceiling is filled with antique and modern lighting from some of the most famous buildings in New York City. The furnishings are a mix of old and custom made. Olde Good Things is known for architectural salvage and using reclaimed material to create new custom furniture & furnishings such as farm tables, modern dining room tables, antique tin mirrors, and panels. 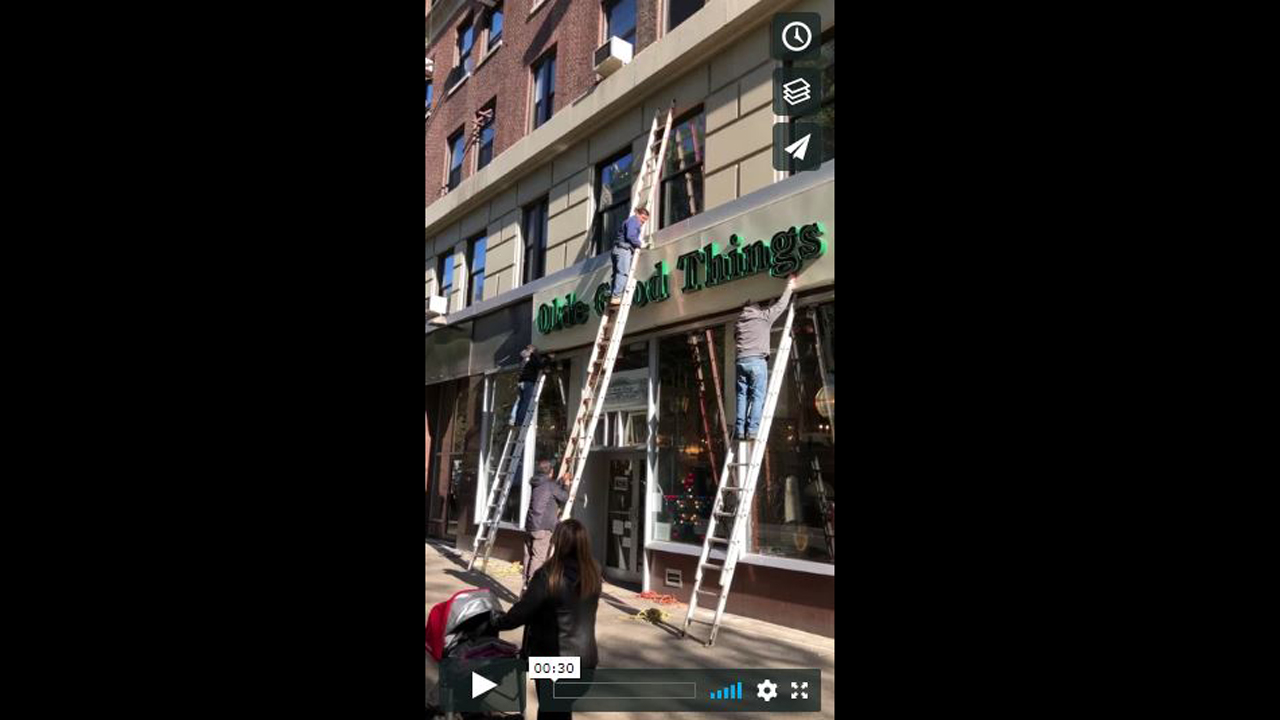 We took some footage of the new neon sign going up to share with you. It was a great day for the Olde Good Things to finally get its name in lights on Broadway. 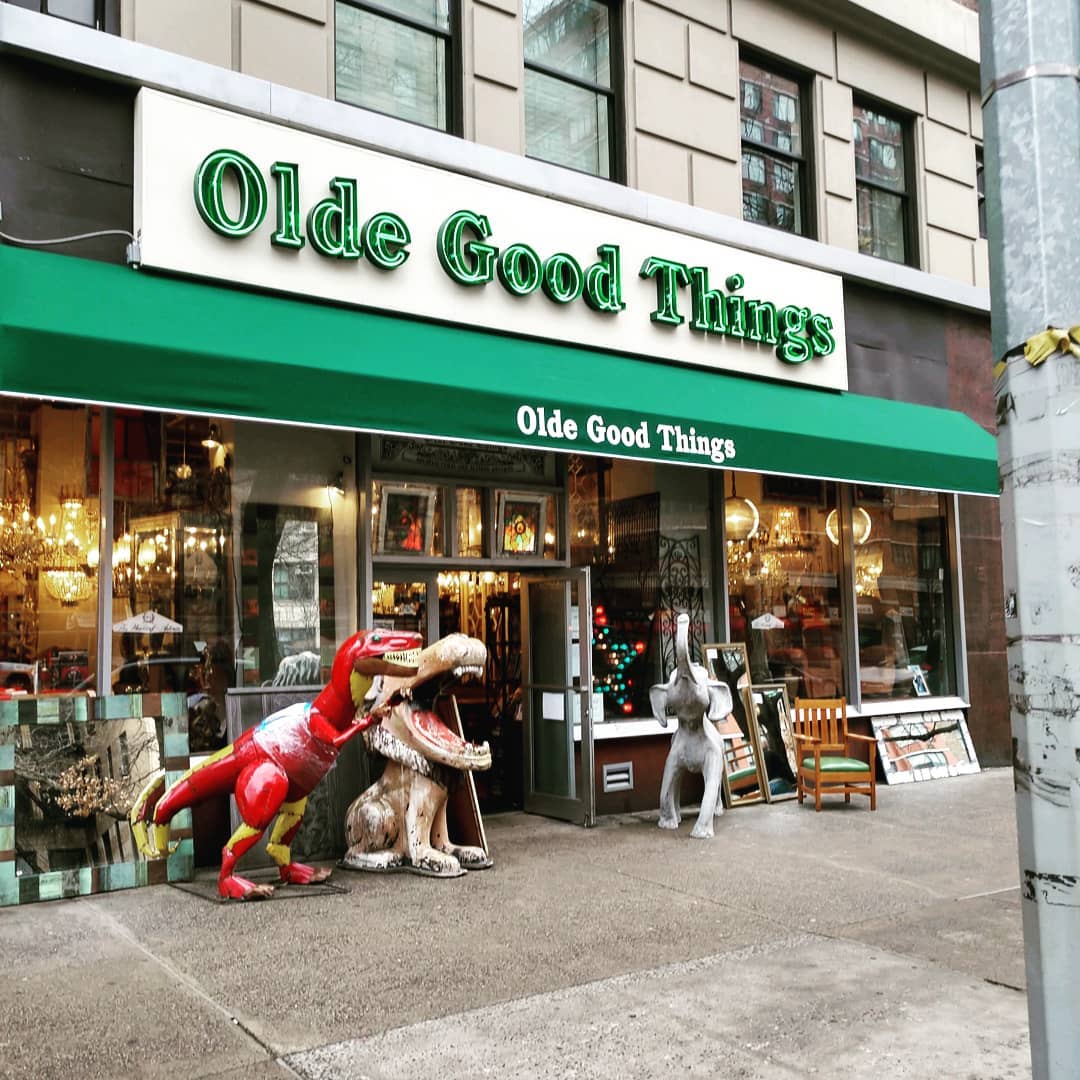 As you can see, in addition to the neon sign, we also added a storewide canopy in our signature green color that adds an eye-catching appearance that’s hard to miss. So now the elephant, lion, and dinosaur can stay dry on rainy days.

Click here to view the inside of Olde Good Things Broadway

Yes…we are back! Olde Good Things is back in Manhattan at our new location at 2420 Broadway. Even bigger and better than before, our distinctive Upper West side location offers more than 4,000 square feet of browsing in an atmosphere of fine architectural salvage from some of the most historic buildings and venues in the region..

Housed in a 12 story, pre-war building, some of the finest antique and vintage inventory on the entire East Coast is just waiting to be discovered by the right person. We specialize in custom made reclaimed and live edge wood tables, along with our one-of-a-kind “altered antiques” line of reclaimed wood. Our stock includes customized farmhouse style dining tables, side tables, shelving units, and more!

Also featured at this location are literally hundreds of light fixtures! Choose your style from a selection of Mid-Century, traditional, industrial, and nautical lighting. From chandeliers, to standing lamps, to pendants and outdoor lighting, Olde Good Things has it all. All light fixtures are on sale now from 20 to 40% off, just to show how glad we are to be back in the neighborhood. 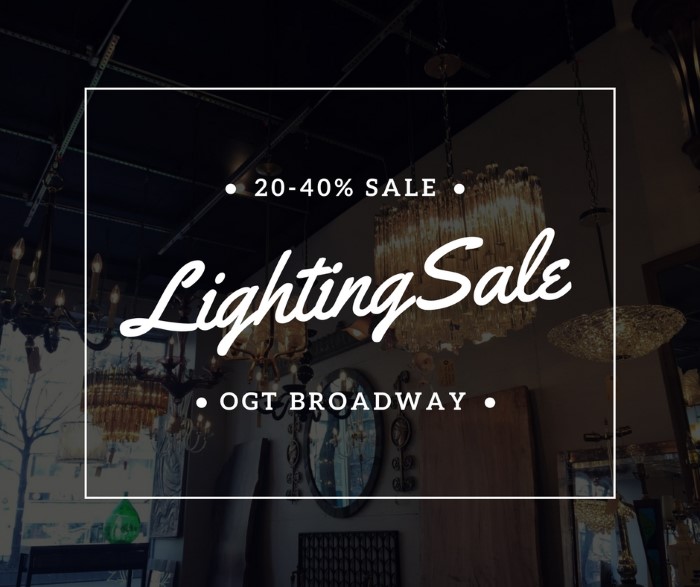 Click here to watch a slideshow video of the store.

The best architectural salvage for dabblers, connoisseurs, set and stage designers, and remodeling and construction professionals can all be found at one of our NYC architectural antique stores.

Just a few minutes walk from the 86th Street transits and Central Park West, Olde Good Things Broadway store is convenient to theaters, restaurants, hotels, and New York City’s most famous museums. We also have two extensive warehouses in Scranton, PA, and a store in Los Angeles for West Coast patrons. To learn more about our other locations, click here.

Olde Good Things is proud to announce our newest store location, 2424 Broadway, in Manhattan’s Upper West Side neighborhood. This neighborhood is the perfect location for us, with many unique and inspiring architectural buildings in the area and with a reputation for being one of New York City’s cultural and intellectual hubs with Columbia University, Barnard College and Lincoln Center housed within its borders.  Over the years, we’ve had many customers from this area who appreciate antique and architectural antiques and love our line of altered antique furnishings. 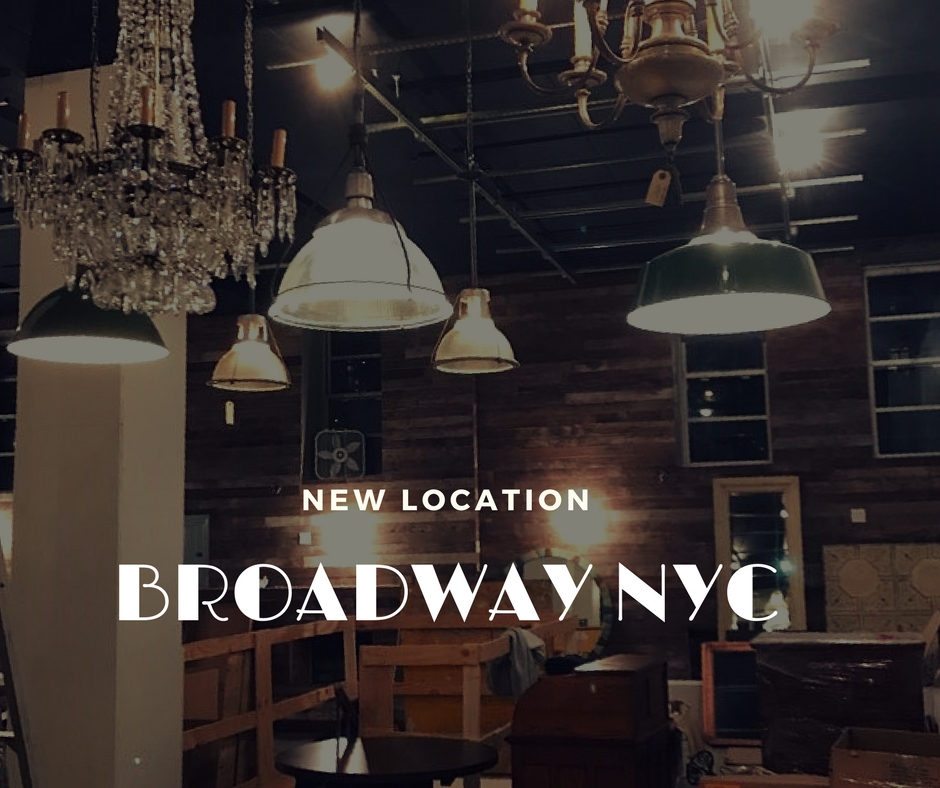 We’re just in the process now of stocking the store, which a great variety of antique and industrial lighting, unique home furnishings and of course, our famous hand made tables from reclaimed wood and metal.  Since our lease expired at 82nd and Columbus several years back we’ve had a loyal following of UWS customers who have found us at our other locations in the city and we hope will be glad to hear that we’re back in the neighborhood.  We’re announcing a “soft opening” now, as we stock the ceiling, floor and shelves with our unique line of “stuff”.  We hope to see you soon and will keep you posted on our official grand opening.

Just a little more about the neighborhood

The Upper West Side resides between Central Park on the East side, the Hudson River on the west and West 59th Street and West 110th Street on the south and north sides, respectively. An affluent and primarily residential neighborhood, the Upper West Side is also home to such sights as Columbus Circle, Grant’s Tomb, and the Dakota apartment building where John Lennon lived and was tragically killed outside of.

Throughout the 18th and early 19th centuries, the area that would become the Upper West Side contained some of colonial New York’s most ambitious houses and properties, which would eventually be filled in with smaller suburbs. Many properties such as the Apthorp farm and other small villages were stretched along Bloomingdale Road, which today we know of as Broadway (also the street our new store is located on). These farms and villages would eventually be divided into building lots and absorbed into the city by 1868. During the creation and construction of Central Park from the 1850’s to the 1870’s, the Upper West Side became a rough and ragtag collection of squatters, boarding houses and rowdy taverns, eventually seeing a major turnaround in the 1890’s with the construction of the Ninth Avenue elevated train line and the relocation of Columbia University into the area.

The Upper West Side plays home to many unique apartment buildings and structures, especially along the Central Park West area. Buildings such as the English Victorian styled Dakota, the Art Deco Century Apartments and The Majestic, and the Moderne style Normandie all sit on the famous Central Park West. Many other buildings, in a multitude of pre-war styles ranging from Art Nouveau to Beaux-Arts and Belle Époque, sit within the Upper West Side. With the abundance of fascinating architecture in this area, it’s no wonder that many movies and television shows, such as Home Alone 2, Mad Men, 30 Rock and American Psycho have all used the Upper West Side as a backdrop to their stories. 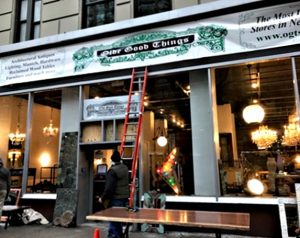 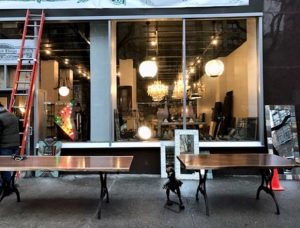 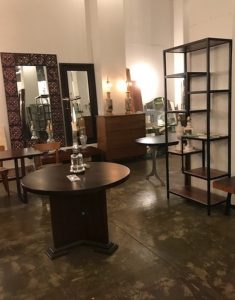 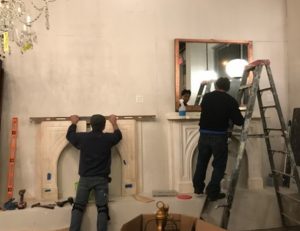 The Olde Good Things Broadway store will feature many of our architectural and antique artifacts, items from our Altered Antiques line, and the unique and one-of-a-kind items that we are known for. If you’re ever in the Upper West Side, stop by and say hello to us in our newest New York City location. We’re sure you’ll be able to find something uniquely New York there.