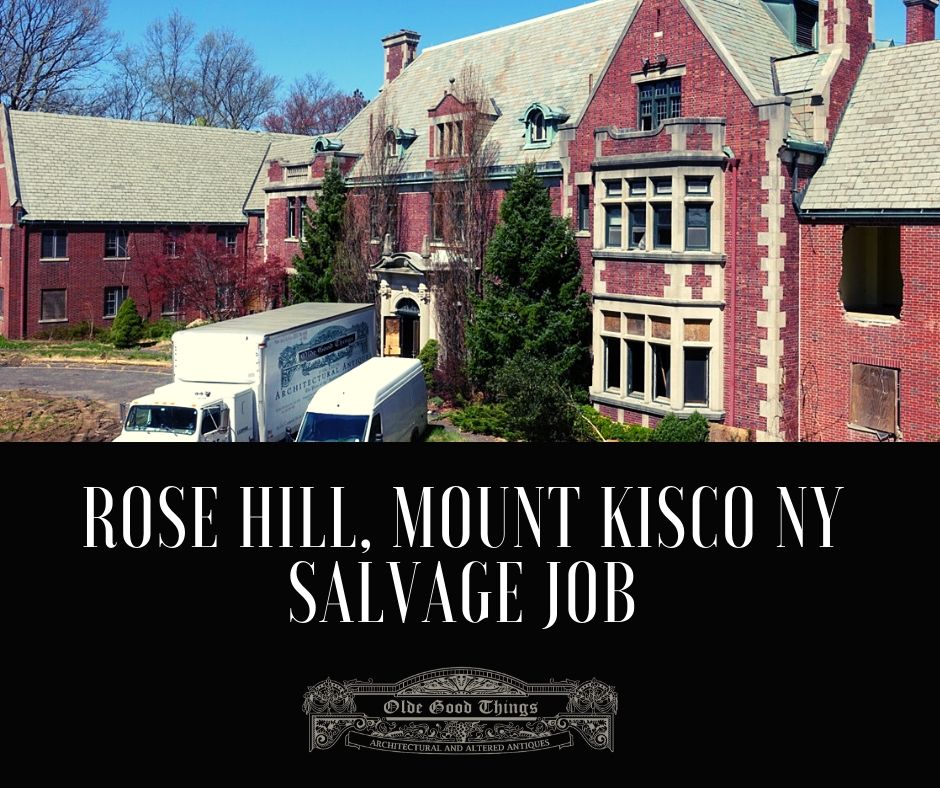 The Rose Hill Mansion was located on 98 acres of land at 773 Armonk- New Castle, Mount Kisco, NY. The original Tudor style manor built in 1904 at 10,000 square feet was then later expanded to 70,000 square feet. At the time of demolition, it contained 8 main bedrooms and 12 bathrooms, along with a grand ballroom, reception halls, seminary containing 130 bedrooms & chapel.

The gallery below is Rose Hill in the early 2000’s – photos courtesy of Doug Elliman from its Zillow listing. 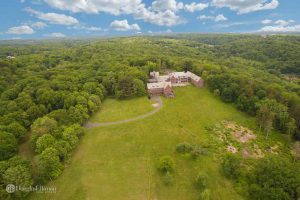 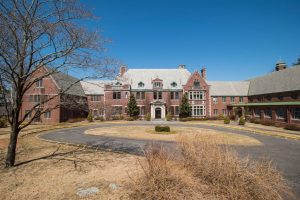 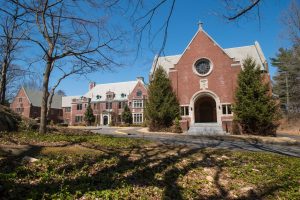 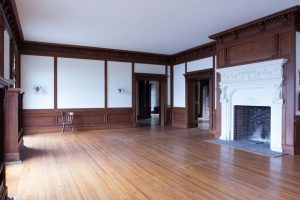 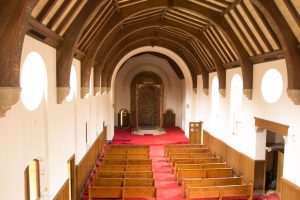 Best remembered as the lyricist for “Me and My Shadow” and “It’s Only a Paper Moon,” Billy Rose (1899-1966), the famous Broadway impresario, lived here from 1928 till his death. A devastating fire in 1956 destroyed many of the home’s original features, as well as Rose’s art collection, which included several works by his friend Salvador Dali. Over the years, the estate changed hands several times, most recently serving as a seminary for the Legionaries of Christ Church in 1994. Then it was operated as the Our Lady of Mount Kisco Retreat Center before putting the estate up for sale in 2011. 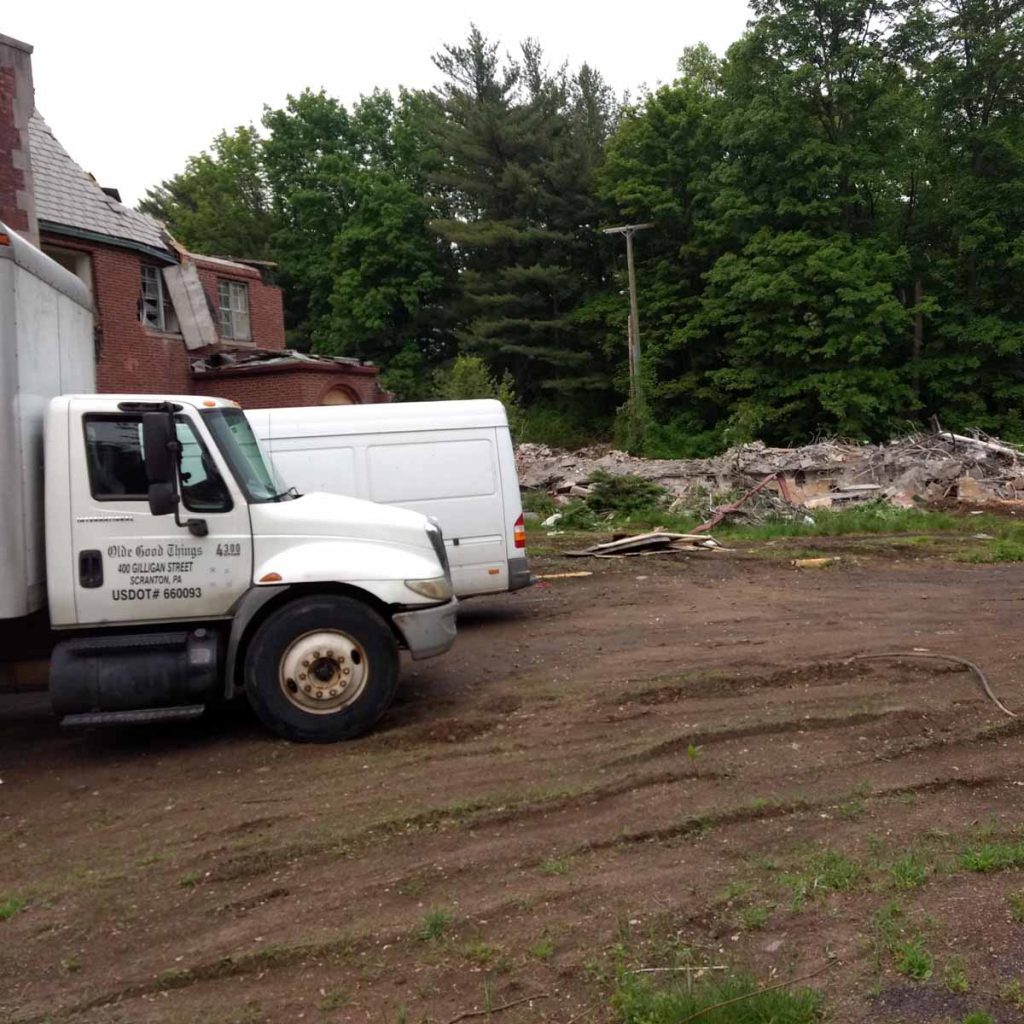 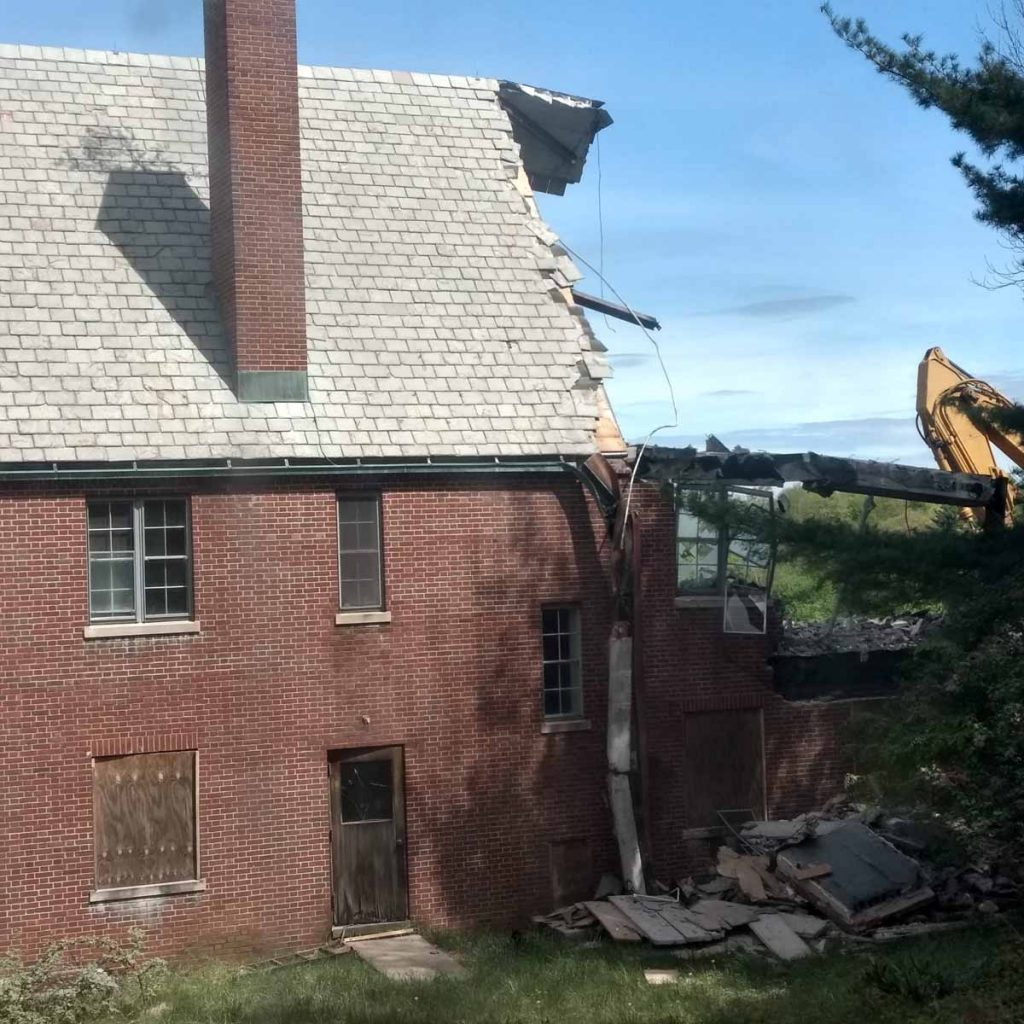 The demolition of Rose Hill was completed as of June 2019. Sadly, we weren’t able to connect with an interested buyer in time to save the beautiful limestone entryway. However, we did salvage some impressive pieces from the interior, which we are now making available for sale in our stores and online. Here are some of the highlights from our Rose Hill salvage project.

For many years after Billy Rose’s departure, Rose Hill was occupied by religious institutions, including the Sisters of the Cenacle, the Unification Church, and finally the Legionaries of Christ. Rose Hill’s theological past is captured beautifully in these stained glass windows, painted with excerpts from the Sermon on the Mount. 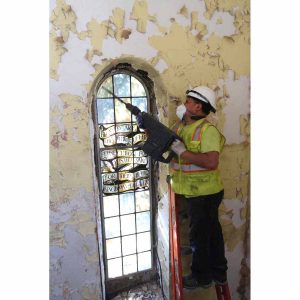 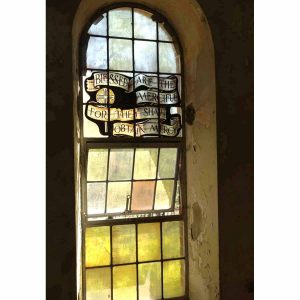 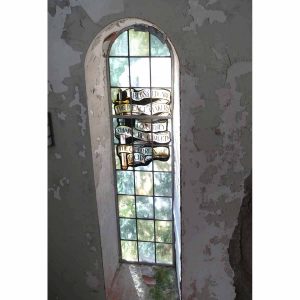 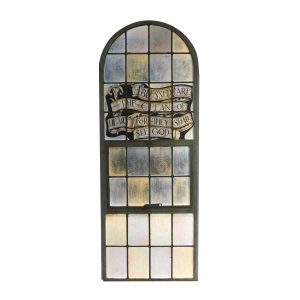 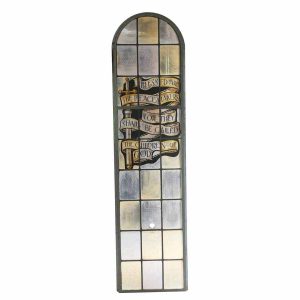 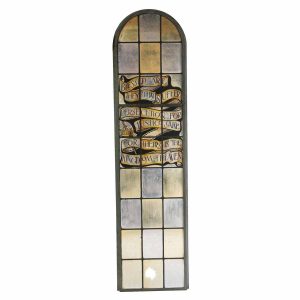 Rose Hill’s main rooms were dominated by immense fireplaces, and OGT workers salvaged two that are beyond extraordinary. The large wood mantel is hand carved, the back of one of the pieces has a penciled list of three names and a note reading “3 good men from Albany NY – June 12 ’05.” The limestone mantel is elaborately carved, with a central coat of arms guarded by mythical beasts. 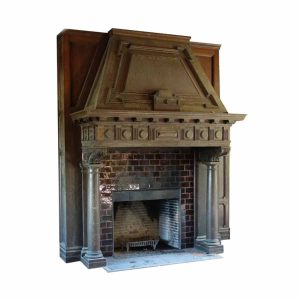 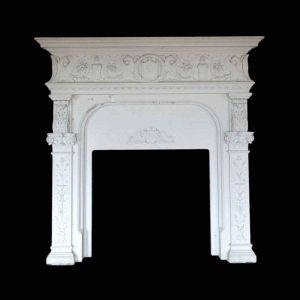 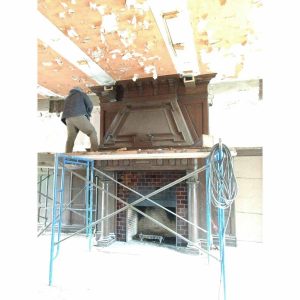 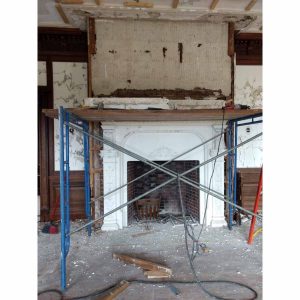 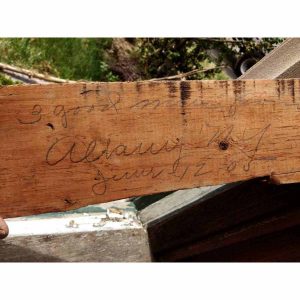 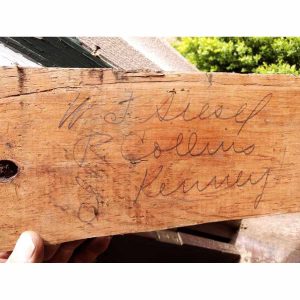 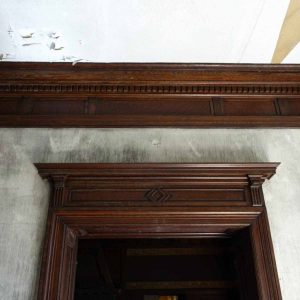 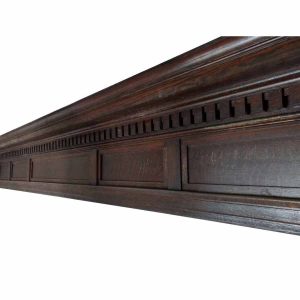 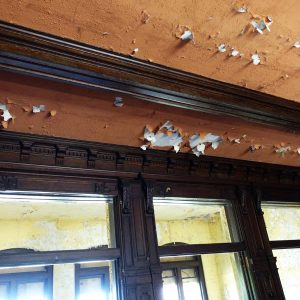 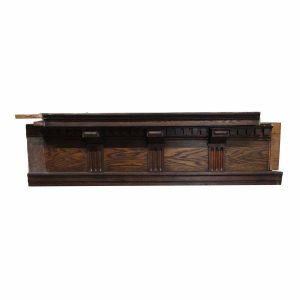 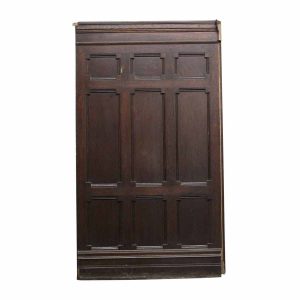 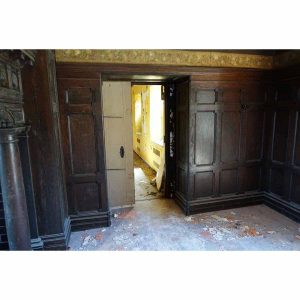 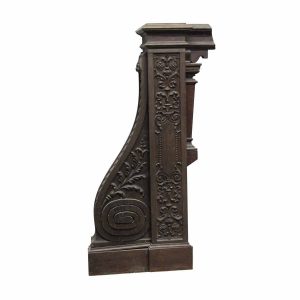 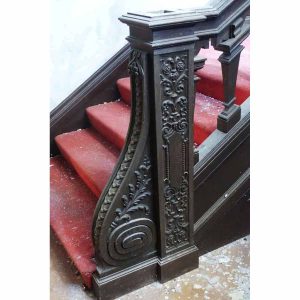 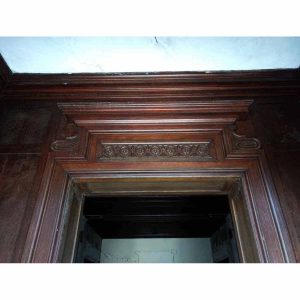