With a vast offering of lighting from industrial to elegant, designers find Olde Good Things a prime go-to shop for authentic original fixtures. Of late, one of the favorites has been unique maritime lights salvaged from ocean carriers of long ago. Here you see featured just one re-use of a honeycomb shade fox spotlight, now accenting an ultra-modern living area.

Nautical lighting offers a mix of industrial and eclectic, especially due to the use of rich-looking metals like bronze and copper, often used due to their resistance to the elements. This line of lighting makes for great exterior uses, especially the passage and deck lighting. One of the favorites is the gooseneck bronze sconces. Many of our customers have purchased these to adorn their porches, carriage houses, and garages.

We also have sconces available in cast aluminum, if you prefer a more subtle color and industrial look.

Take a look at some of our new arrivals and shop our website and stores to see the inventory. 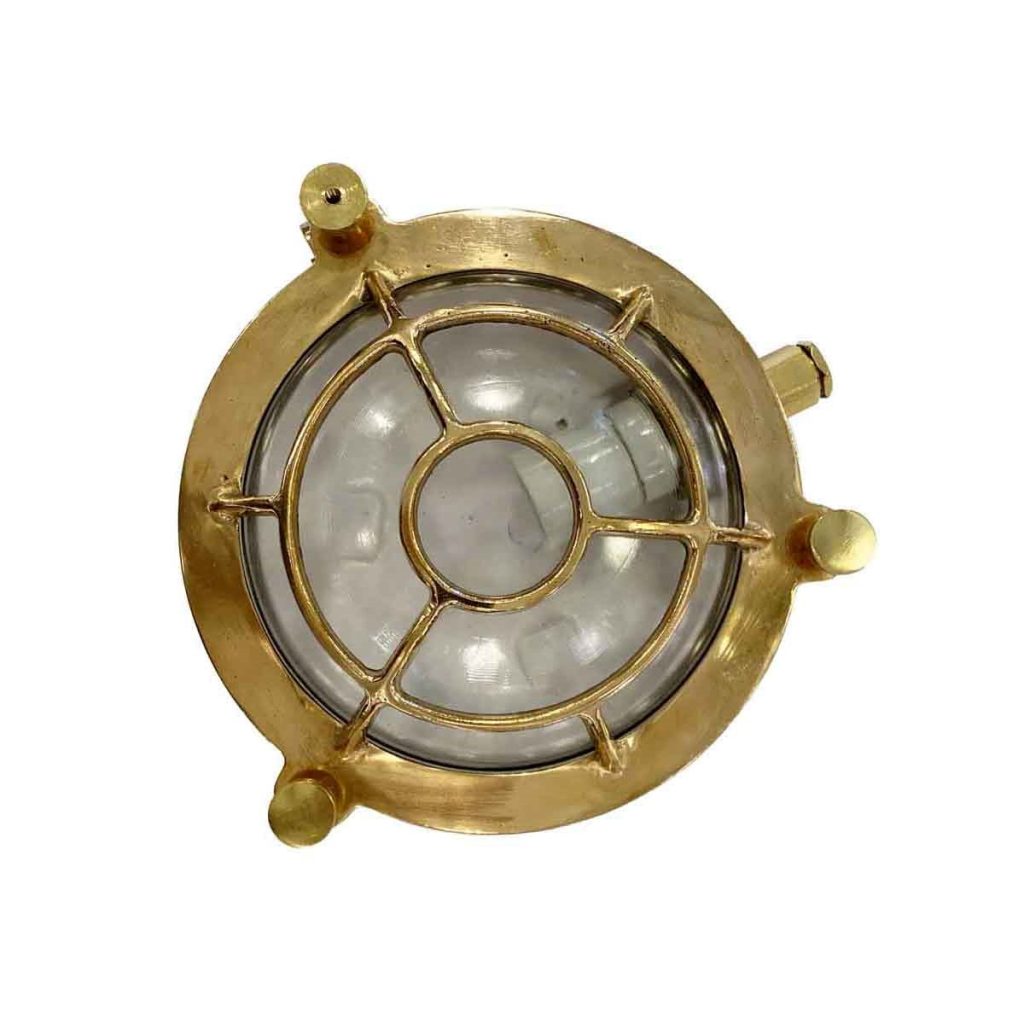 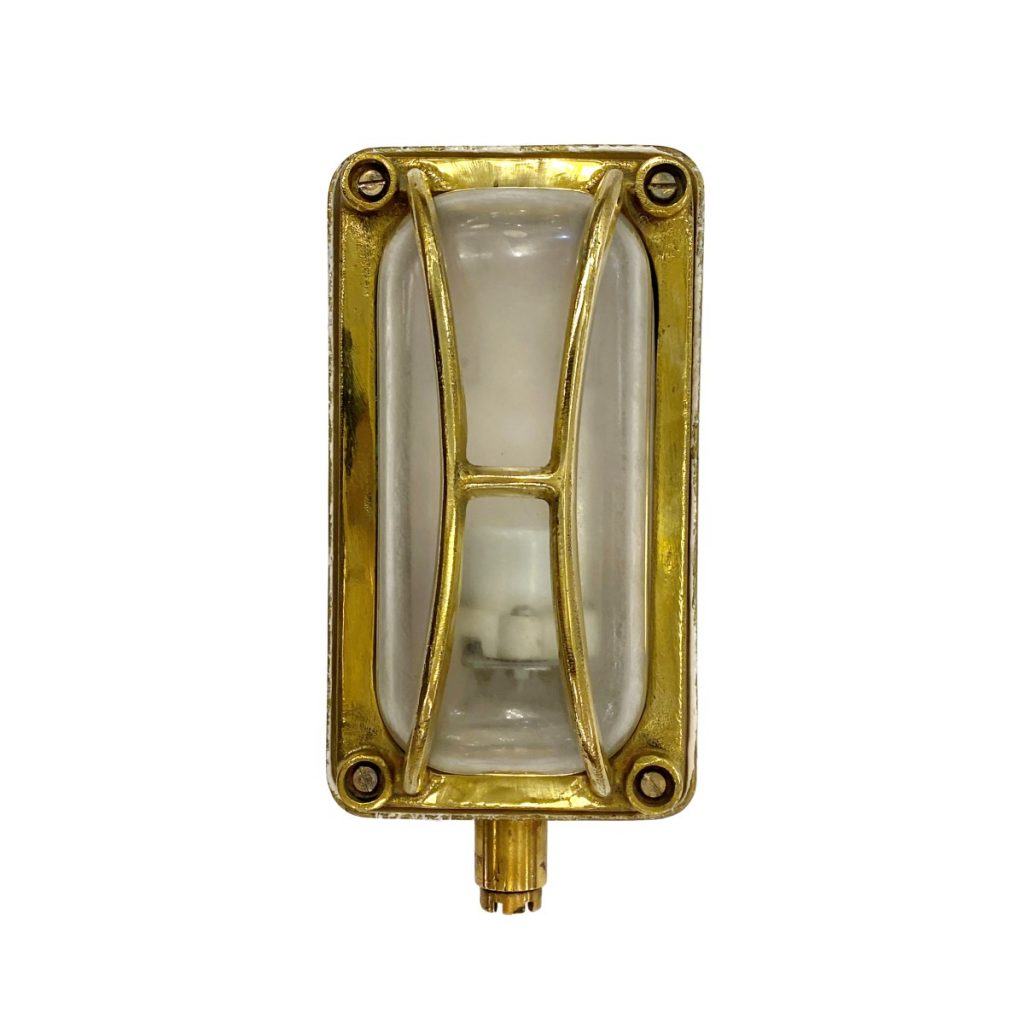 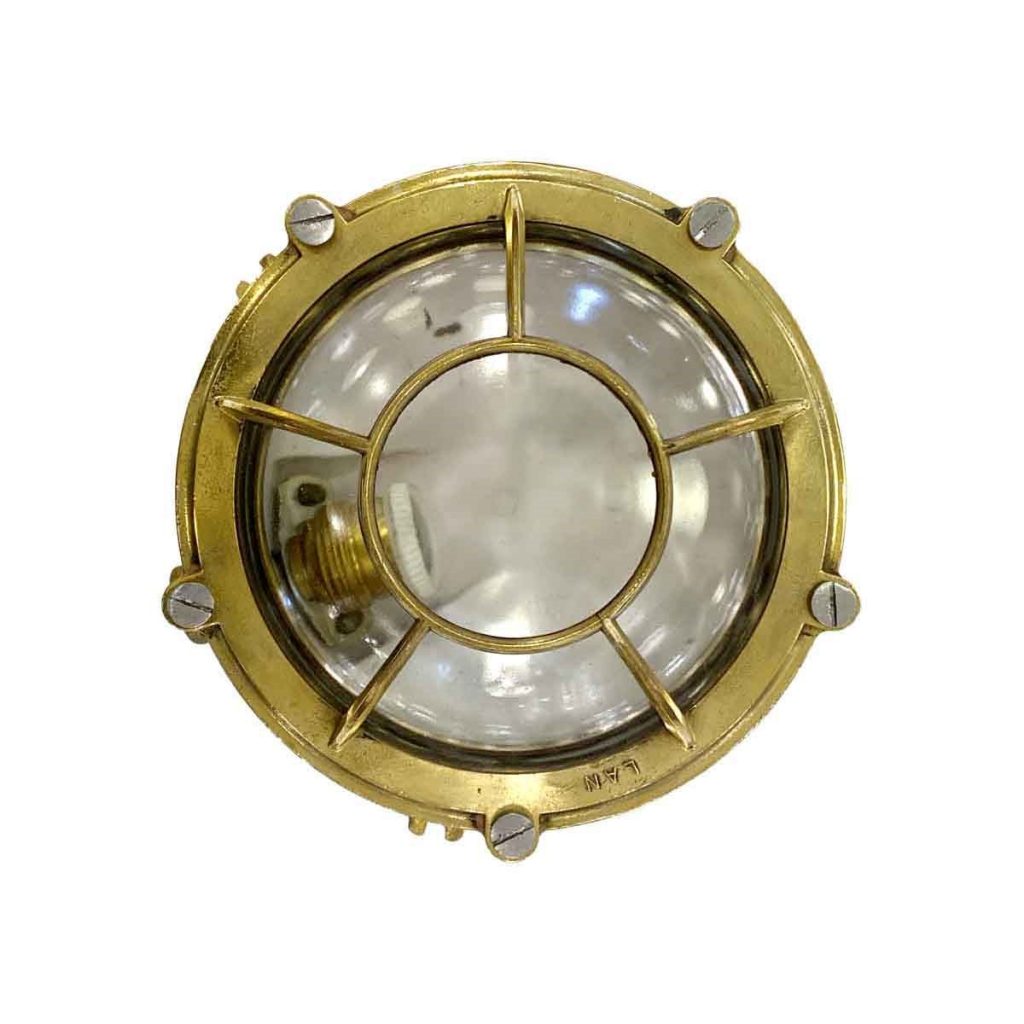 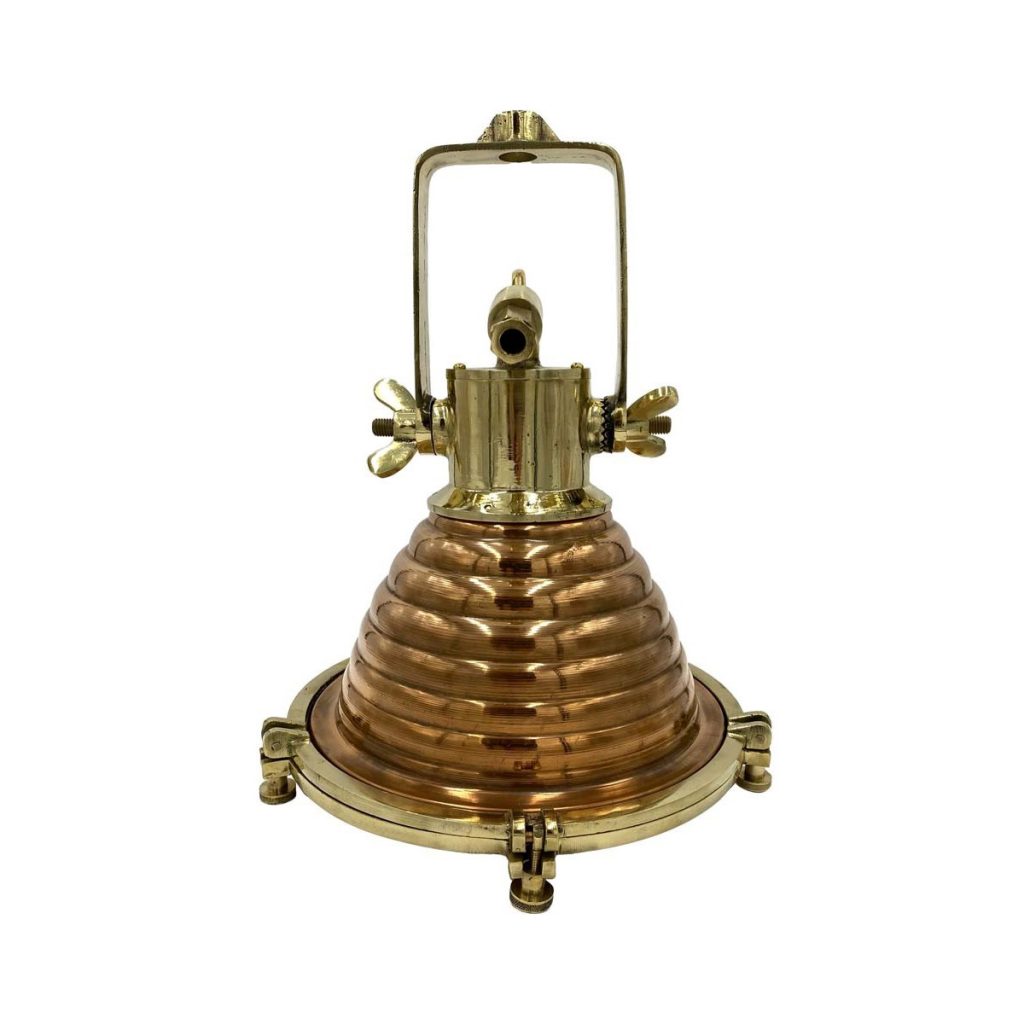 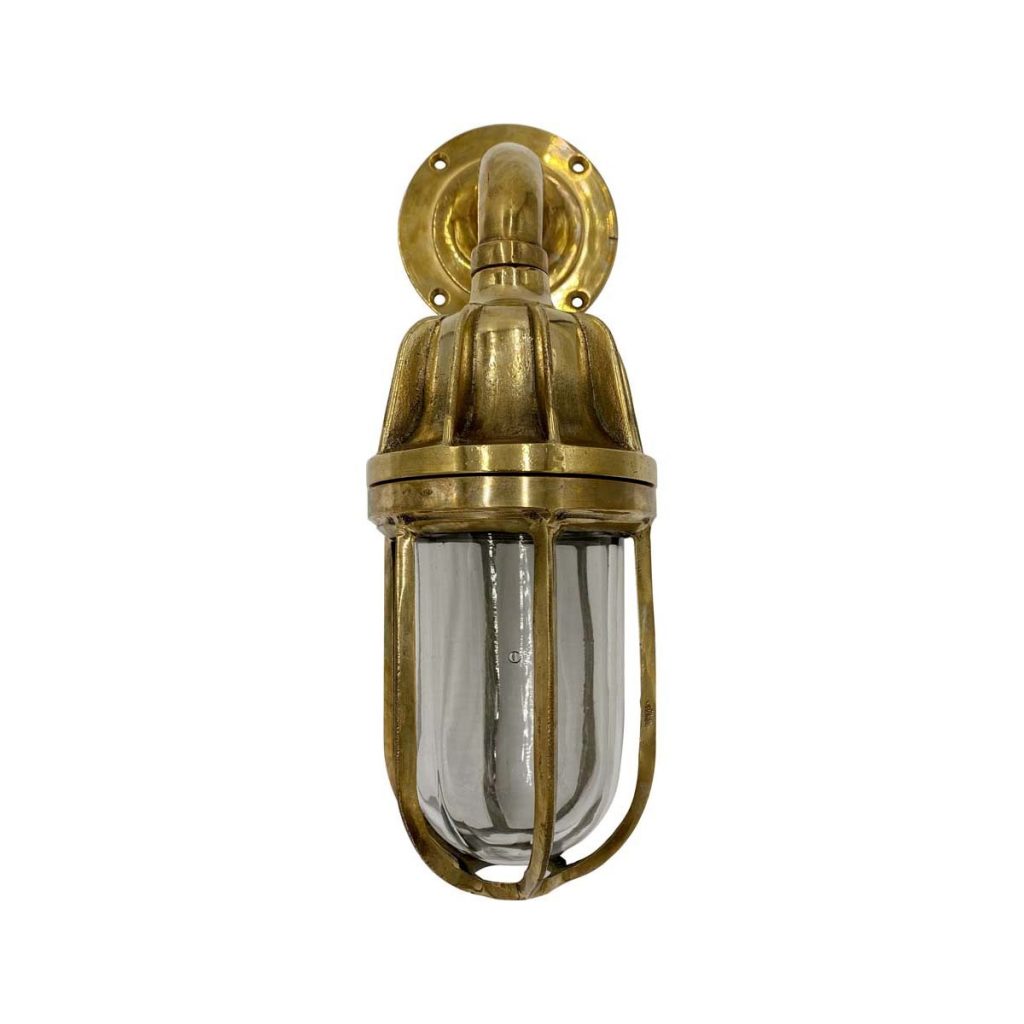 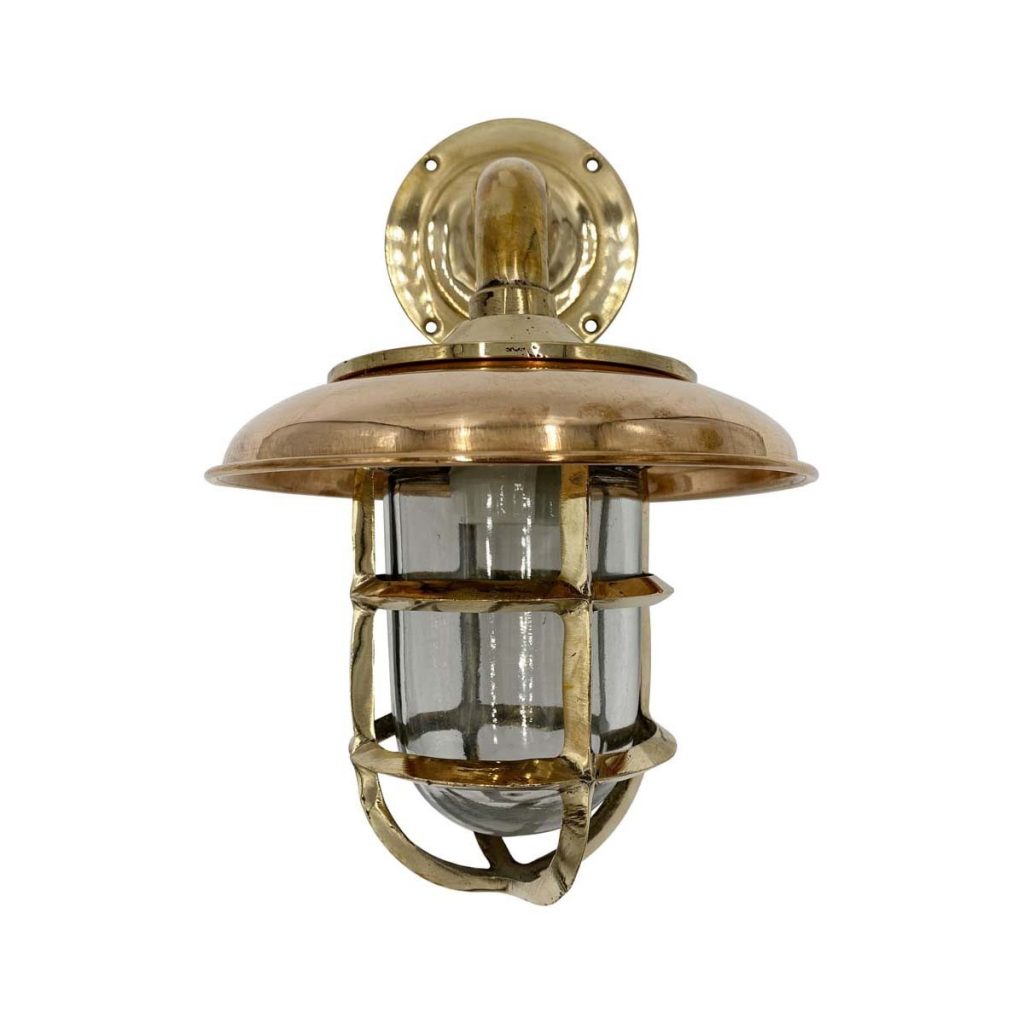 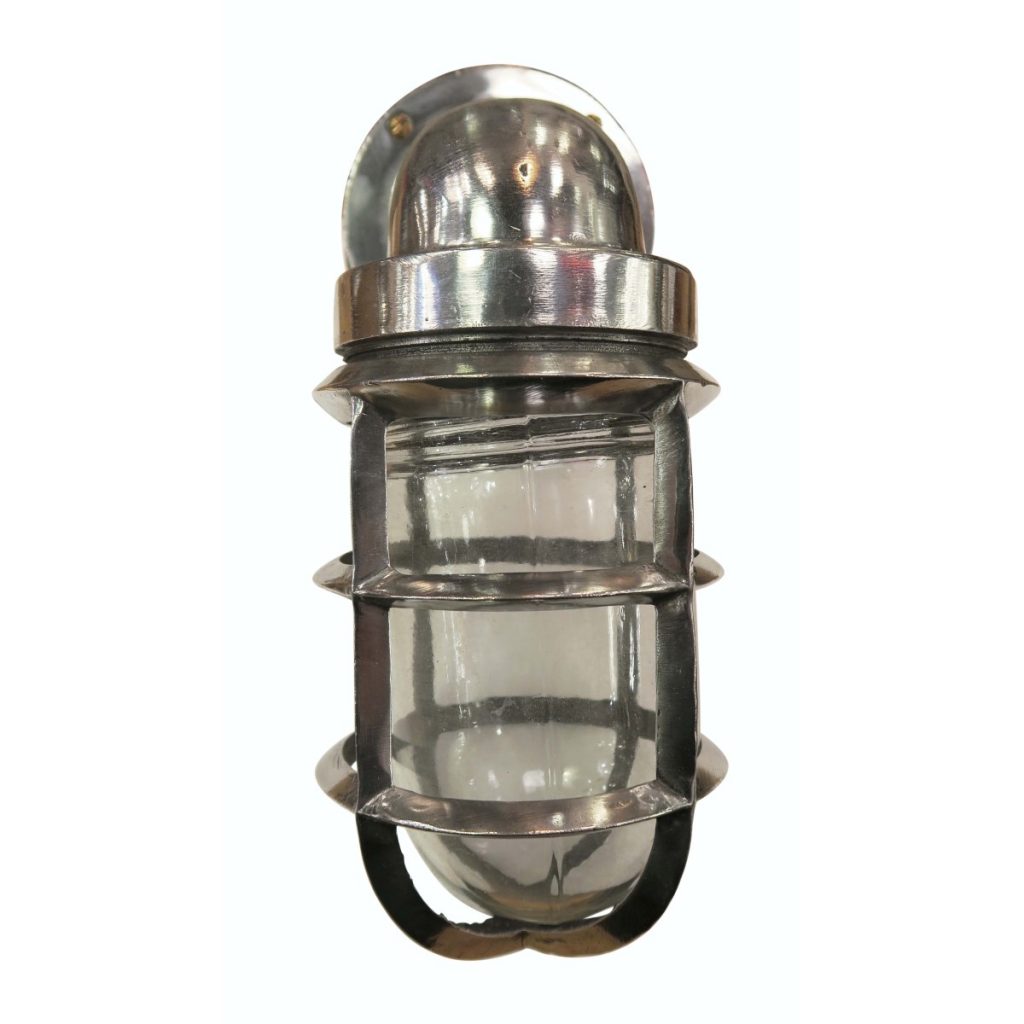 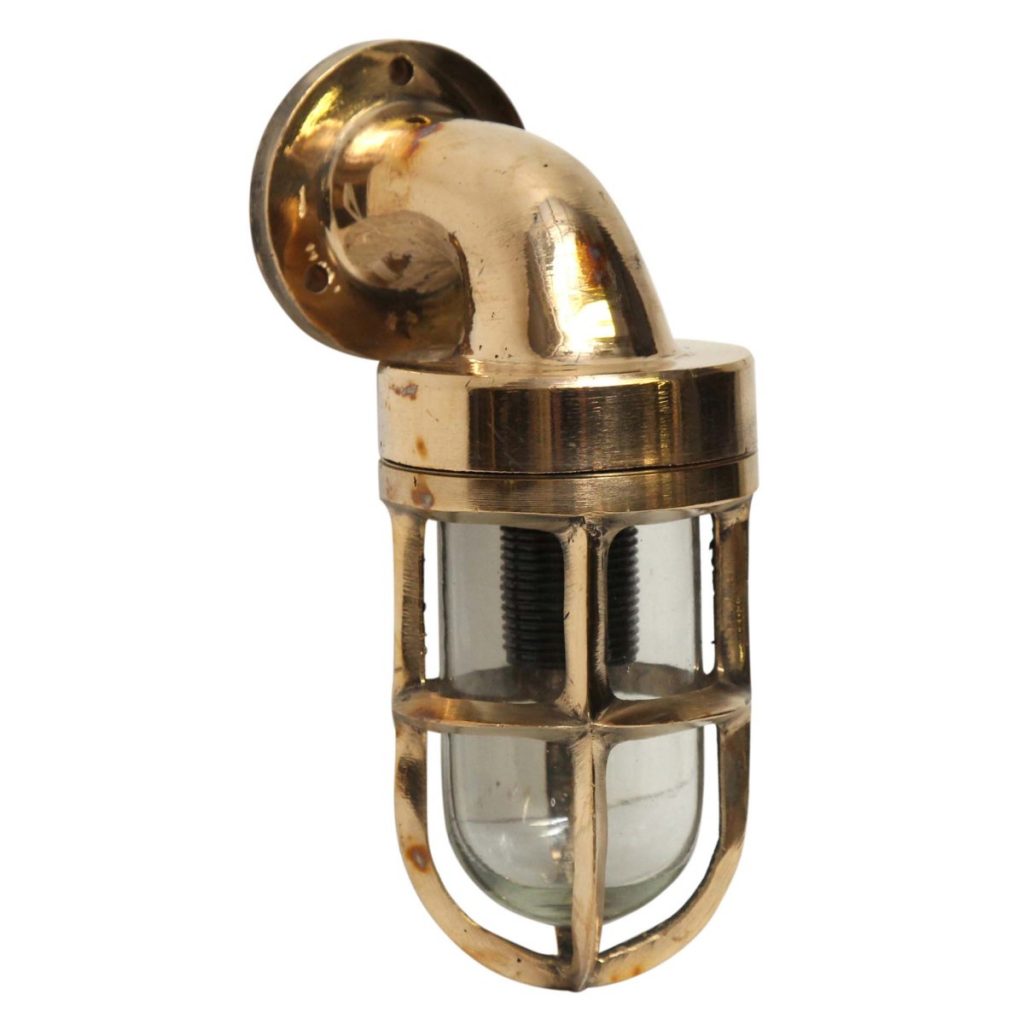 Whatever your preference, you have some choices now at Olde Good Things.  The lights above are high-quality replicas of the original marine boat lights. Please visit our nautical lighting category to view all old and new nautical lighting that is available.

When the architecturologists at Olde Good Things worked to salvage the former Staten Island Ferry the Walter Keane, they came ashore with a variety of marine architectural salvage treasures. 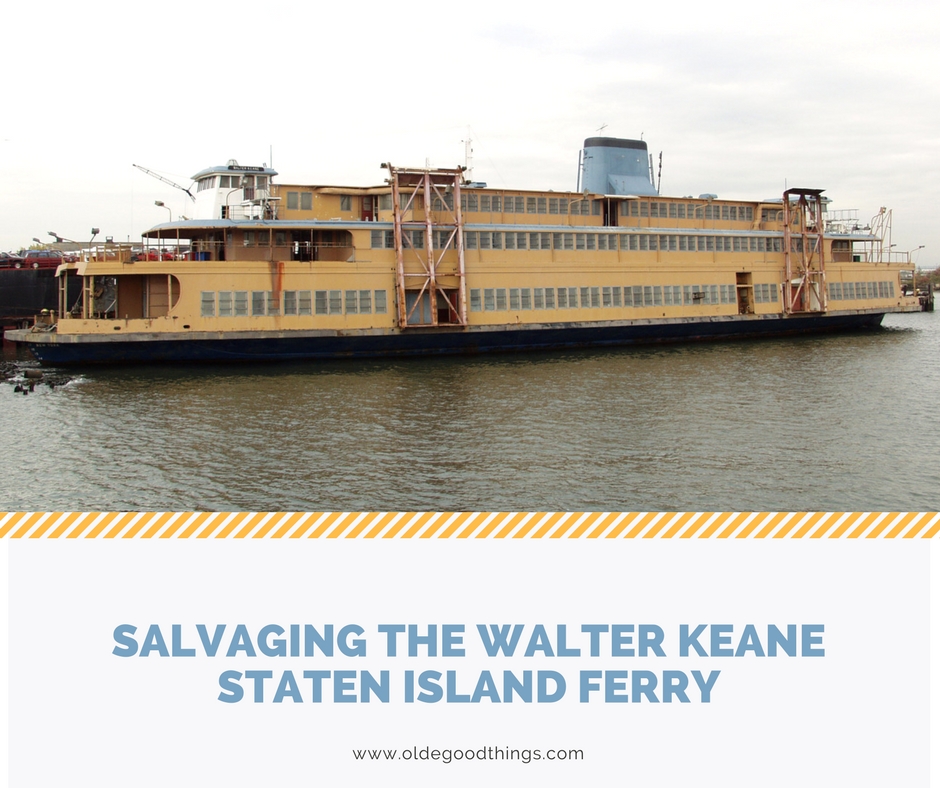 Exterior photos of the Walter Keane, formerly the Cornelius G. Kolff in its glory days as a steam-powered Staten Island ferry.

The beginnings of a Staten Island ferry system dates back to 1810, when Cornelius Vanderbilt began transporting passengers between Staten Island and the Battery in lower Manhattan on twin-mast sailboats. The ferry system grew over the years, changing hands from different investors and railway companies, gaining new boats and technologies as times changed, and finally coming under the control of New York City itself in the early 20th century to become the ferry system we know today. The modern ferry fleet has grown to include several classes of ships of varying sizes, but the ferry still travels between Staten Island and lower Manhattan. In 2005, a newly modernized terminal was dedicated at the Manhattan end of the ferry, with connections inside for the New York City Subway System as well as buses and taxi stands. Service is provided 24 hours a day, 365 days a year, running roughly every 30 minutes and having transported 23.9 million passengers in 2016 alone.

The history of the ship the Walter Keane goes even deeper than its use as a ferry. After 36 years of loyal service shipping passengers back and forth between Staten Island and Manhattan, the last two steam ferries, the Cornelius G. Kolff and its twin the Private Joseph F. Merrell , were docked in the East River as part of Rikers Island in 1987 to deal with prison overcrowding. The Kolff was later renamed after Walter B. Keane, a veteran correctional officer. The two ferries, along with several decommissioned British troop carriers, were repurposed as floating housing for the prison’s inmates. They were later used to as offices, inmate programs, and services.

The nautical anchor chains that we have salvaged from the Walter Keane and other maritime locations become custom tables in our Altered Antiques line. Our master craftsmen weld these chains together to make sturdy industrial table legs of varying sizes and shapes, from coffee tables to end tables in both round and rectangular designs. These chains can also be made into table lamps, providing an industrial or nautical motif to any project.

For more information about our nautical anchor chain tables, or to see what other treasures await in our Altered Antiques line, visit any of our Olde Good Things brick-and-mortar stores or stop over to our webstore to shop Nautical Antiques or Nautical Lighting.