Back in 2005, the Philadelphia Civic Center was one of Olde Good Things’ largest salvage jobs of the year. We salvaged treasures from the inside and outside of the building. Famously, we removed three limestone mural friezes from the upper part of the building. Each frieze had a different theme: Commerce, Construction and Sports. The Sports Frieze found a home in New York, while the Commerce Frieze traveled all the way to Moscow, Russia. 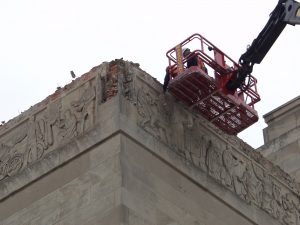 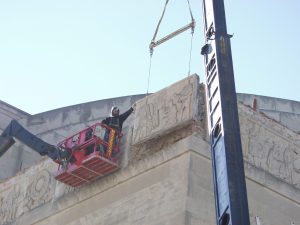 In 2017, the Construction Frieze was purchased by The Alessi Organization. It is now proudly displayed in a new plaza near East 22nd Street and Route 440 in Bayonne. They choose the Construction Freize because it represents the history of the local community. 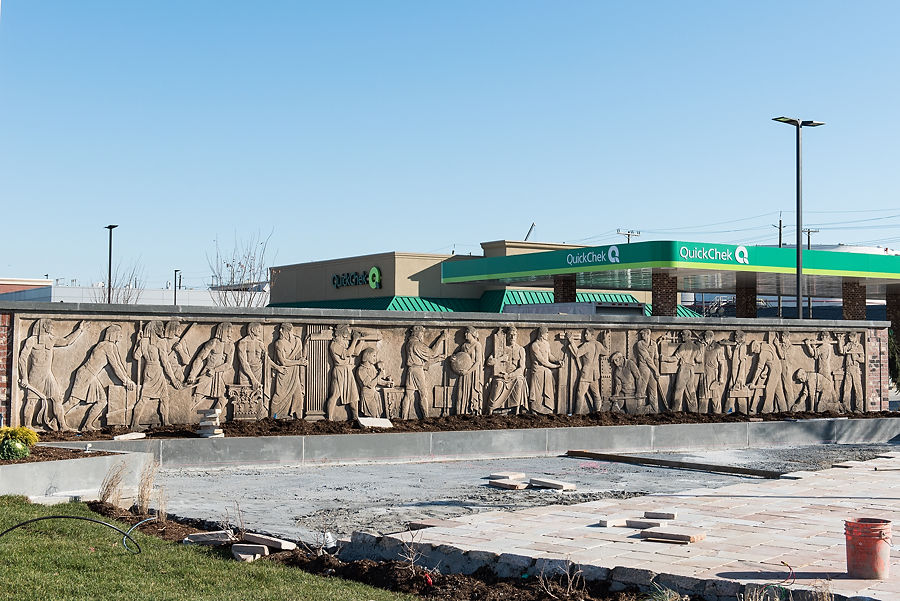 View the full article by NJ.com

Read more about this Salvage Job

As New York City ushers in a new era of progress, distinguished by the revitalization of some of the city’s most famous landmark neighborhoods, Olde Good Things is on standby to make sure that the most stunning architectural elements, the irreplaceable historical details of bygone days, are preserved and made available to our customers.

Our recent reclamation from the 42nd and Vanderbilt Warren and Wetmore Building is just one example of why the architecturologists at OGT are part of a rare breed. OGT is a leader in the architectural salvage industry. We have been rescuing and reclaiming NYC skyscrapers since the 90s, each time putting in the effort to preserve and cherish the custom details that distinguish the historical treasures in The Big Apple. We have watched other salvage experts fall by the wayside due to the immense effort it requires to safely rescue these pieces of history. If New York City is the “city that never sleeps”, you could say that about the architecturologists at Olde Good Things.

In order to pave the way for the city’s new fourth tallest skyscraper, known as “One Vanderbilt”, the former Warren and Wetmore building was demolished, but not before we extracted some of its most significant embellishments. The building faced the west side entrance of Grand Central Terminal for a century, and our salvage artifacts are almost as close as you can get to having a piece of the historic station!
In fact, the Beaux arts architecture of the building’s facade was meant to reflect the architecture of Grand Central Terminal, which was also designed by Warren and Wetmore. The terminal itself was the largest architectural and commerce deal in New York City at the turn of the century, spanning over 20 city blocks.

Our rescue at 42nd and Vanderbilt brings home the historical elements of a building designed and built to directly complement the train station concourse circa 1910. One of our most prominent salvage items is the cast iron figural frieze with double Bacchus faces from the building facade. We were also able to preserve a captivating terra cotta frieze featuring children rejoicing amongst a bountiful harvest of fruit, as well as a treasure trove of structural fluted columns.

I hope you will join us as we tirelessly explore and pursue the architectural wonders of our famous city, and maybe bring a piece of it home with you.