The decline and decay of the grandeur that was both the life cycle of a historic piece of architecture and a vision for the curing of the mentally ill lend a Poe-like “Fall of the House of Usher” feel to the story of Greystone Park state hospital in Morristown, NJ. 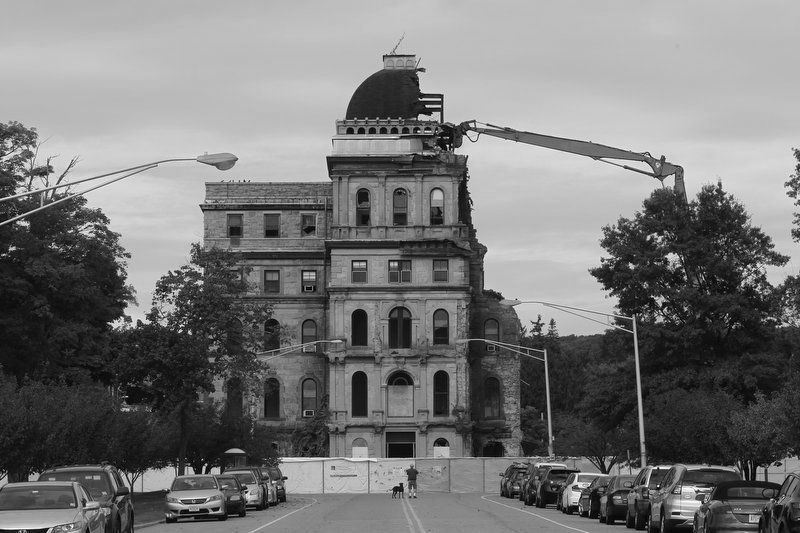 The final demolition of the aged monument was completed in 2015, to the chagrin of historical preservationists.

The main building at Greystone or, originally, “The State Asylum for the Insane at Morristown”, opened in 1876. The hospital spanned 673,706 square feet and was composed of grand communal parlors, connected wards, and access to outdoor space for each tier. Greystone was designed according to the vision for the mentally ill of Thomas Story Kirkbride. Kirkbride structures reflected the institutional visionary’s concepts of organization, structure, lots of airy spaces, and natural light –preferable in theory to the dark history of mental illness hiding in the shadows of jails, alms-houses, or chained in rooms on the family estate. The facility at Greystone was also intended to ease overcrowding at the state hospital in Trenton, and at its opening welcomed its first 292 patients from that facility. 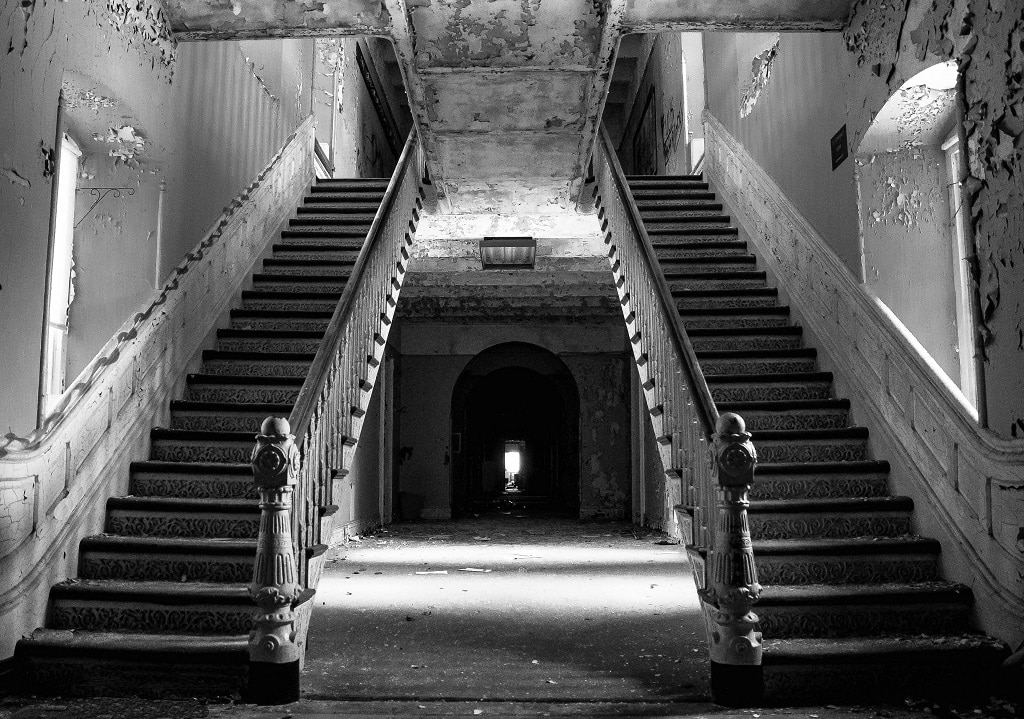 Despite the high-minded visions of its designer, Greystone became infected with the illness well-known to grand-scale mental asylums – overcrowding, various medical experimentations, abuse, and neglect. 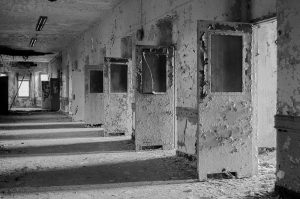 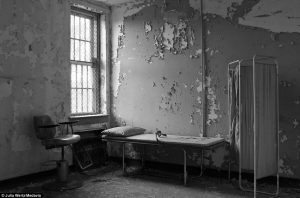 But as patient numbers reached into the thousands and new dormitories were built to house them, the hospital became prey to overcrowding and understaffing. As public support for such large quartering of those deemed mentally ill waned, the hospital was subject to the shadows of abuse and neglect that haunted such structures from the Victorian era into the modern age. Finally, the structure was abandoned and left to the elements – and to some dedicated urban explorers and photographers.

Click here to see the items still available from this salvage job.