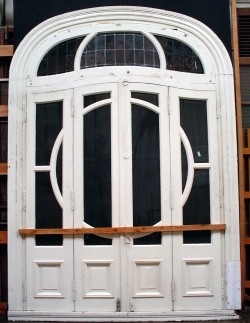 Five years ago there was a set of doors that was removed from a structure in a South American city. The doors were placed in a cargo container and transported over sea and rail for several weeks until they finally arrived at our warehouse in Scranton. Here they were removed from the container, dusted off, and photographed before being slid between other doors of similar size and stature, and left in storage for the time. The photographs were posted on our web store.

There these doors stood, over crowded and unappreciated, for many months. The shadows of passing customers would cast onto the frame, light would bounce from admiring faces that would only walk on to leave the magnificent portal untouched. Until finally, near the eve of Christmas, 2006, a returning customer was browsing our web store and caught a glimpse of a thumbnail, and decided to purchase the entryway. 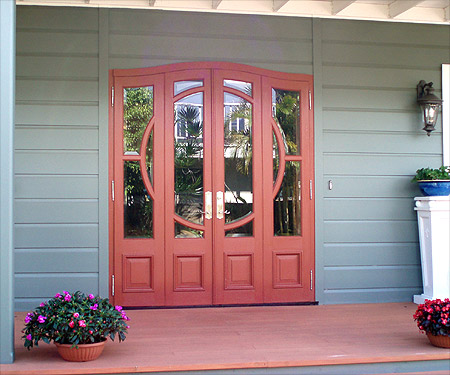 Finally the set would again have a purpose. The craftsmen would see the promise these doors had to offer. And she began to work on reconditioning them. She stripped the doors and hardware. She replaced a broken pane of glass. She painted the outside, and varnished the inside. And creating an excellent focal point, installed them at the front of the house, allowing them to stand proud guarding the home as a gateway to the inside. 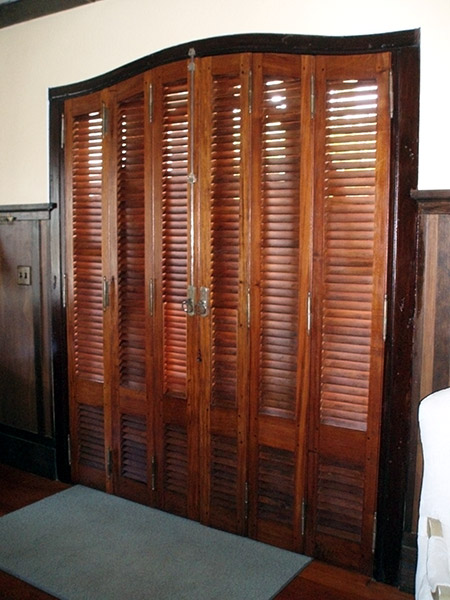 On the inside is where a matching set of shutters were paired up with the doors, blocking light during the day and adding privacy at night. The persistent restorer said that staining and repairing them took her nearly a month, “but the results are certainly worth it.”

Restored to their original glory in a new home the character that these doors have can again be realized. And the owners pride on her handiwork can be shared and appreciated, “I can’t tell you how many times people come to the house, and have a hard time getting past the front doors. They are so intrigued with the detail and beauty of these great old doors!” 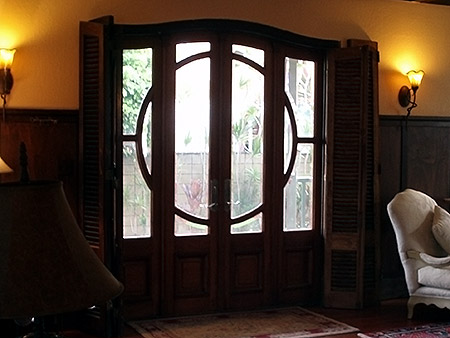