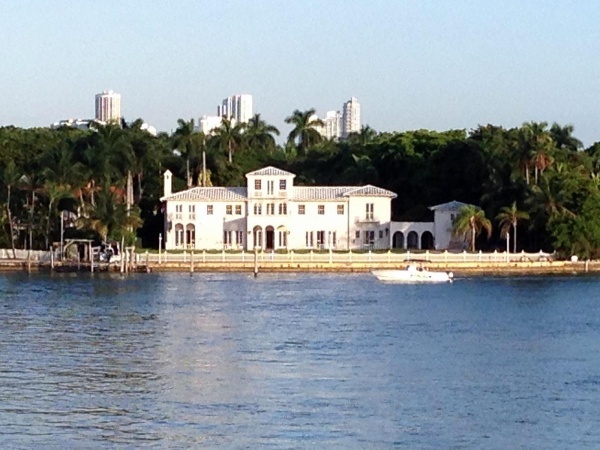 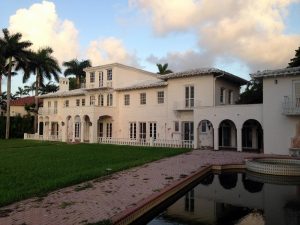 This home, once one of the most visibly and architecturally noteworthy mansions along the MacArthur Causeway in Miami Beach was lost to the wrecking ball in 2014.  Fortunately, the architecturologists from Olde Good Things were on the scene, to salvage some of the original architectural elements prior to it’s demise.

One of those fascinating elements removed was this hand-painted stenciled ceiling done in the mediterranean style, here seen in it’s original setting. 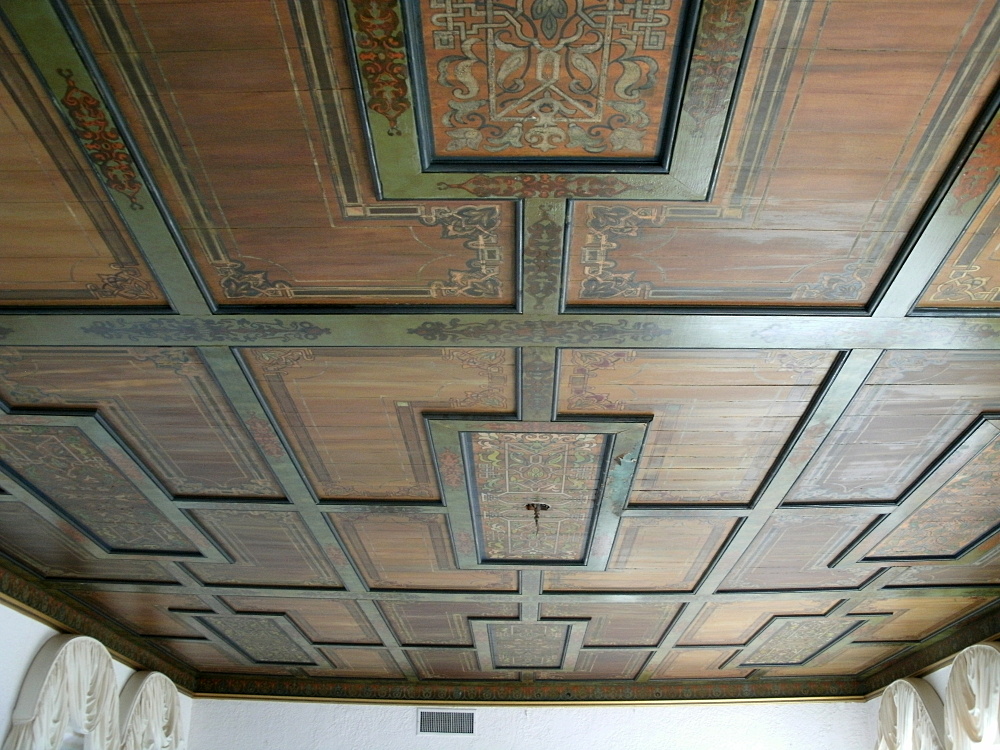 These pictures show the architecturologists gently removing the ceiling piece by piece.  Each piece was numbered carefully in order for it to be repurposed by a future owner. 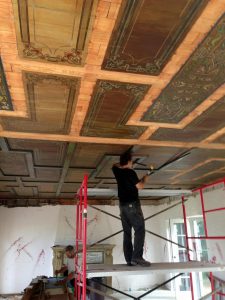 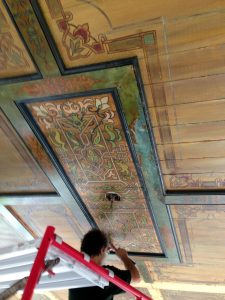 This unique ceiling has already found a new use.  It is being implemented in a large building project in Missouri.  Here you see pictures in the building stages:

Olde Good Things has become the dignitary associated with amazing building elements salvaged from many remarkable buildings in the United States, this home being just one of them.  Take a look at the link to famous building artifacts on our web site to see other offerings at this time.