Olde Good Things has always enjoyed working with interior designers, decorators and those people who have a vision for how they want a particular space to work. Some of our favorite spaces to work in are restaurants because the décor can completely transform a space, yet it should have a function. So, when Erica Diskin of Assembly Design Studio in Boston contacted us for items that would be used in a remodeled restaurant, we were more than happy to help. 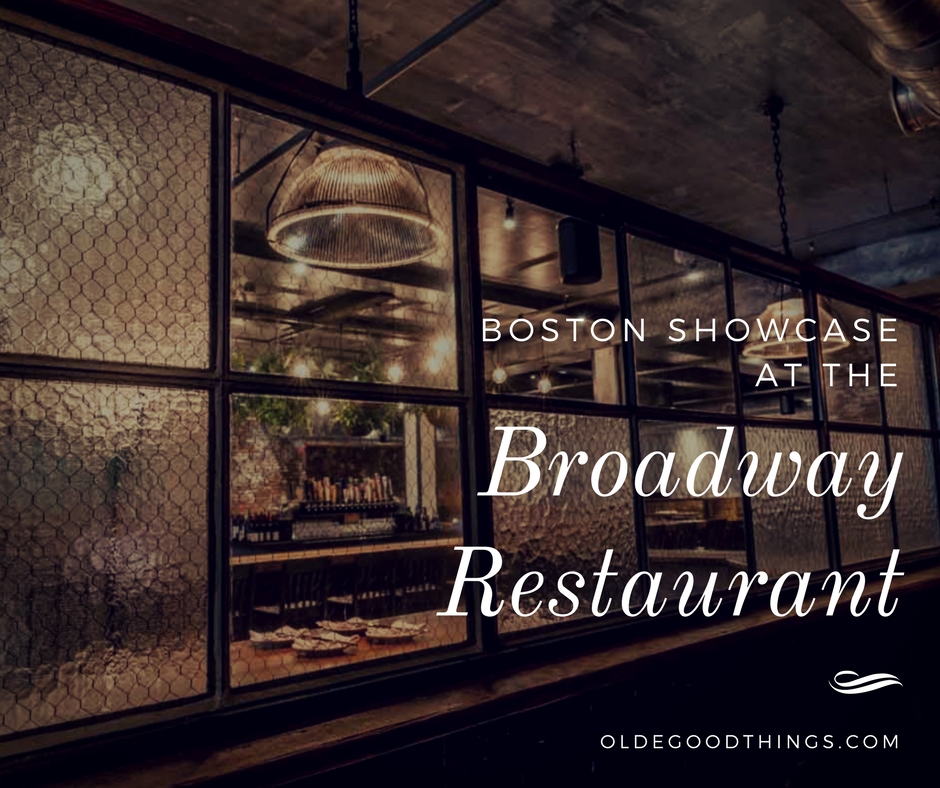 Erica and her team were tasked with creating the décor for The Broadway, a bar and restaurant in south Boston. Formerly the Boston Beer Garden, restaurateur Joey Acari decided he and his team needed a change after having spent more than two decades inhabiting the space. Acari has also converted another of his restaurants, the Playwright, into The Punk & Poet to try and keep up with the everchanging demands of the neighborhood.

Featuring wood elements salvaged from Boston Beer Garden, subway tiles and steel accents throughout the interior, the décor of the Broadway is decidedly of an industrial influence. To help enhance this aesthetic, we worked with Erica to come up with items that would fit perfectly with this décor. Holophane lights were used over tables and booths, while industrial style wall sconces were placed throughout the restaurant. Chicken wire glass was used to create partitions to section off areas of the restaurant, while copper doors were used to ingeniously hide wall-mounted televisions when not in use.

If you’re a designer looking for your next piece of inspiration, stop by any of our Olde Good Things stores in New York City or Los Angeles, our giant warehouses in Scranton, Pennsylvania or at our webstore ogtstore.com. We’re not only certain you’ll find the right piece for your next project, but we’ll also offer you 15% off your purchase. Call us or stop by, we’d be glad to help you.