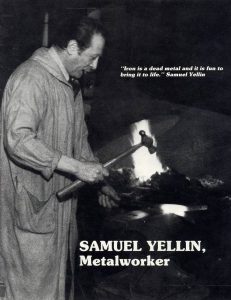 Samuel Yellin was born in Galicia, Poland in 1885. In 1906, he departed Europe to begin his career in Philadelphia where, 13 years later, he’d garnered attention for his work as a professor at Philadelphia Museum School of Industrial Art, and his iron workshop at 5520 Arch Street.

With the industrial revolution well under way in the early 20th century, and the proceeds from it building a wealthy America, many  benefactors commissioned Samuel Yellin to incorporate ornate and impressive architectural metal pieces in grand structures which still stand today.  At this time, he employed as many as 250 artisans to produce these commissions. He demonstrated not only traditional ironworking skills, but also whimsical creativity, always encouraging his artisans to use their imaginations.  The result being his studio was able to produce anything, from a small candlestick to a massive gate each with the uniqueness of his detailed work. 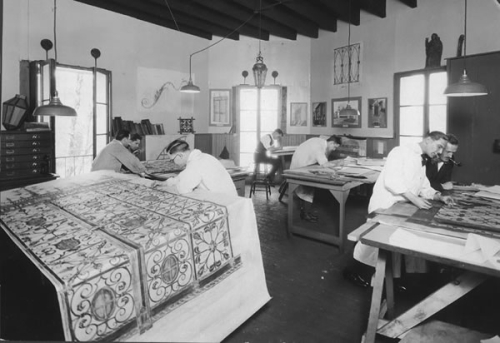 His massive gates are among some of his most impressive works, including the Harkness Tower Gate at Yale University, in New Haven, Connecticut and the enormous gates of the Packard Building in Philadelphia, Pennsylvania. He also designed gates for J.P. Morgan’s estate, as well as many other wealthy individuals. His studio designed outdoor lighting fixtures, window guards, interior and exterior stair railings, and decorative ironwork. 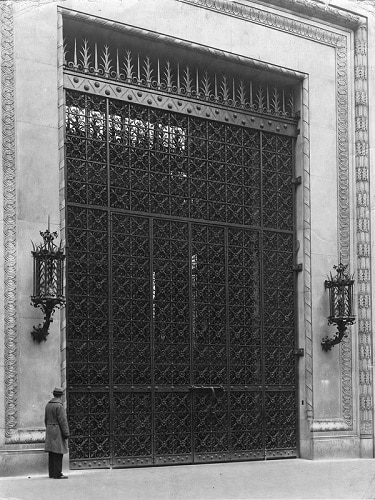 Genius like this is unprecedented in today’s world of mass-production and off-shore fabrication.  The saying:  “they don’t make it like they used to” is an understatement when considering the works of Samuel Yellin.  If you are a lover of old world architectural artistry, we have a fabulous opportunity for you.

Now available through Olde Good Things, several pieces of Yellin’s master craftsmanship tell their story from long ago.  Currently in our inventory, you find two pair of entry gates and a pair of signed Yellin window guards. 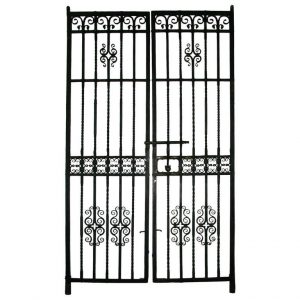 These entry gates were salvaged from a Philadelphia bank. Each measures 118.25 in. tall. 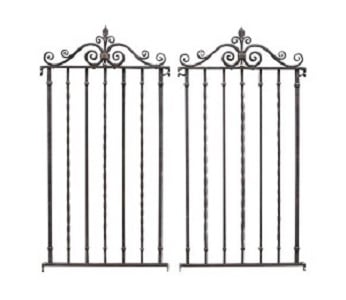 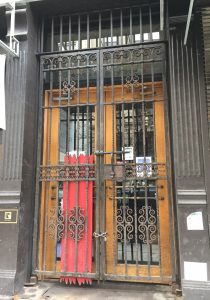 Have you ever wanted to make a statement about your style before your guests enter your home? This large, ornate, impressive, and simply stunning, hand-hammered wrought iron masterpiece makes a statement alright—they say that you have a piece of American history gracing the exterior of your home.

Currently this pair of Yellin gates form the grand entryway to OGT Chelsea at 124 W. 24th Street.  Below you see the detail of the decorative  handle, a whimsical figure, one of the trademarks of many of Samuel Yellin’s masterpieces. 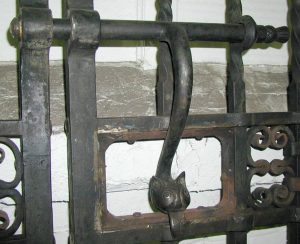 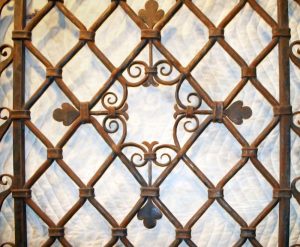 Details of a pair of entry gates which can be seen at OGT Grand Ave., LA 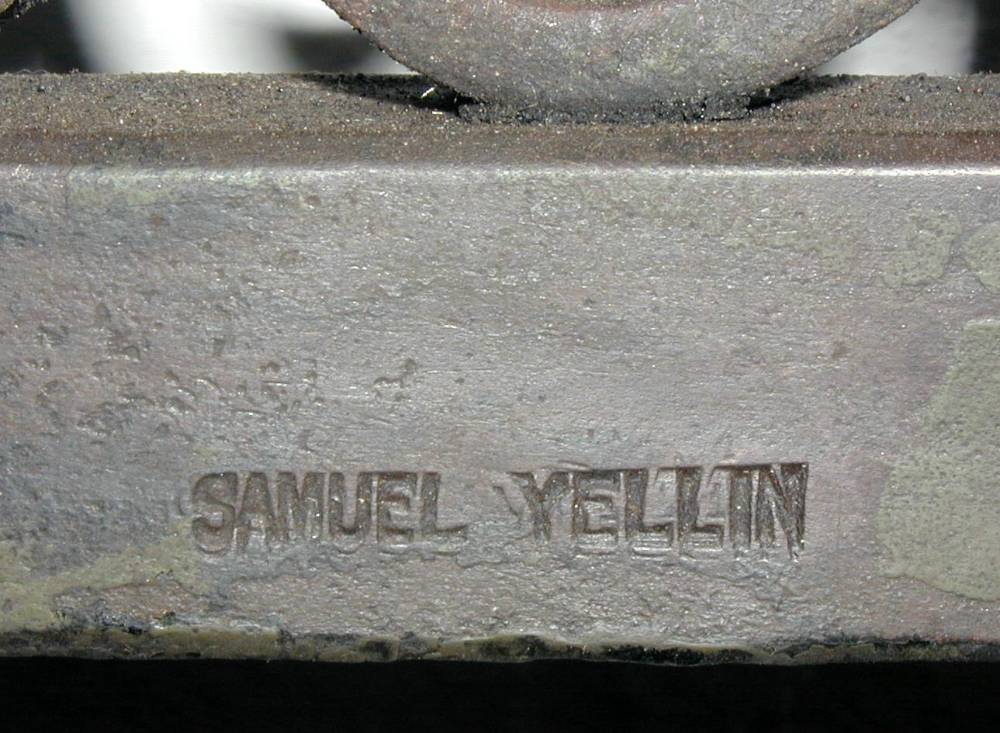 Contact us today to learn more about these incredible pieces, and how you can own them. Or, visit one of our showrooms to see what else we have tucked away in our growing inventory.