As an architectural salvage, restoration and preservation company, Olde Good Things has had the privilege to work with historical societies and owners of historic sites, and salvage incredible pieces from fascinating buildings all over the country. 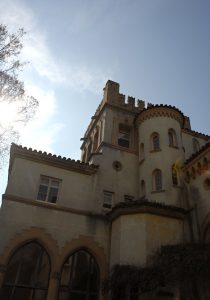 One of our more controversial salvage projects involved the La Ronda estate in Bryn Mawr, Pennsylvania.

Originally, La Ronda was a 17,500 sq ft mansion with 233 acres of estate lands owned and cherished by Percival Foerderer and his family. Foerderer made his riches in the leather goods manufacturing industry. Built in 1927 by J.S. Cornell & Son, and designed by renowned 20th-century architect Addison Mizner, La Ronda was a Mediterranean Revival and Spanish Gothic Revival masterpiece set like a jewel in the crown of lush green landscapes.

With 51 rooms, 21 of which were bedrooms, La Ronda had the distinct honor of having most of the hardware, furnishings, fittings, and other decorative elements designed and created by Mizner and his craftsmen. Because of the holistic approach to design, the estate boasted intricate and consistent aesthetic features that only added to the beauty of the mansion.

When Percival died in 1969, his family sold La Ronda to Villanova University, and after subsequent owners, the estate lands were reduced from their original 233 acres to only 3.2 acres where the mansion sat. 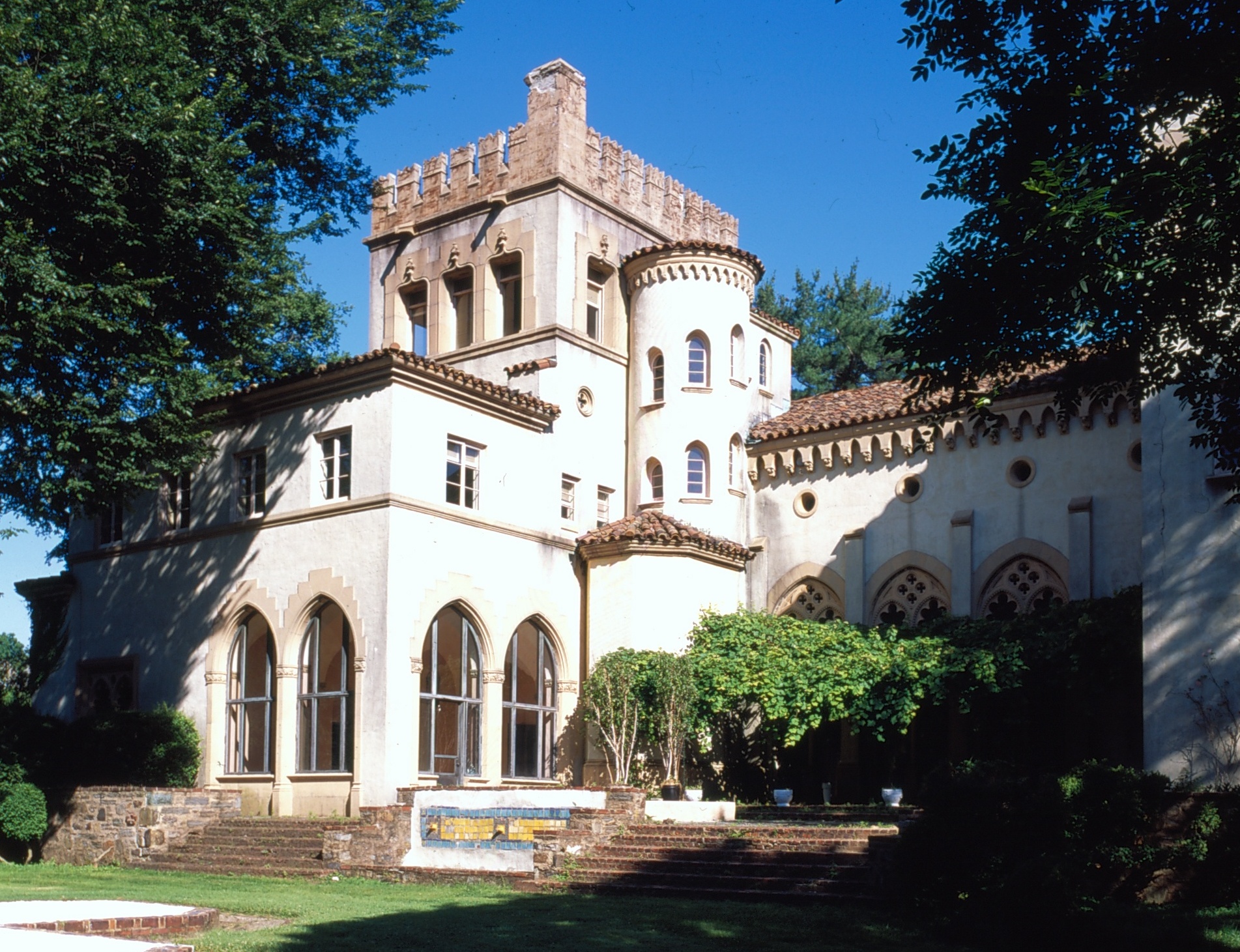 LaRonda in 2009 prior to demolition

La Ronda was purchased in 2009 for a paltry $6 million. The new owner chose to keep his identity secret, and some believed this was because of his next move—applying for a permit to demolish the historic mansion to build his own house.

Understandably, this had many of the areas’ historical societies up in arms, determined to find a way to prevent the demolition and save the property.   Unfortunately, despite their efforts to raise $7 million to purchase the property, they were unsuccessful at raising the funds or negotiating with the previous owner to achieve historical status.

Once the negotiations and attempts to buy the property fell through, before exchanging ownership, salvage companies were contacted to come and remove some of the more beautiful pieces of architecture.

Olde Good Things was one of the companies contacted, and we were more than willing to come to help preserve some of the original architectural elements.

Here are a few images of our salvaging experts carefully removing some of the architectural pieces of La Ronda. 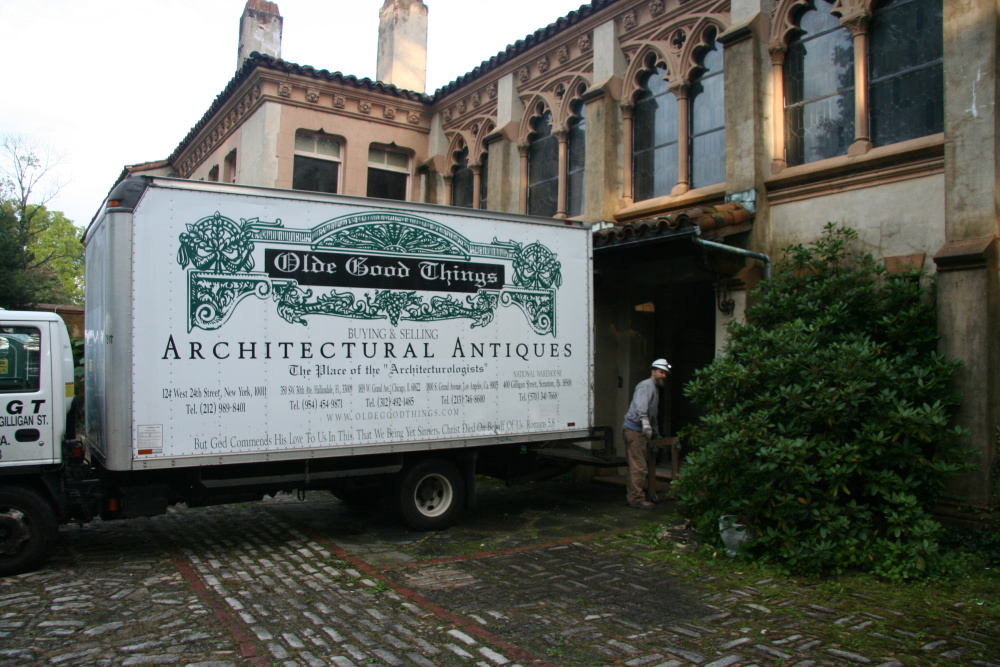 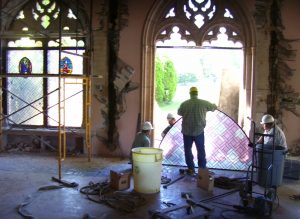 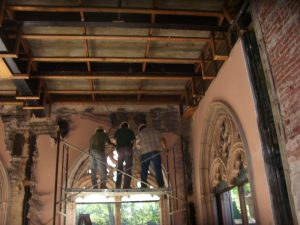 Here, cast stone door surrounds are being taken down

Many of these pieces salvaged from La Ronda have now been incorporated in a Mizner style home in Florida, where the owner wove these beautiful features into the structure. 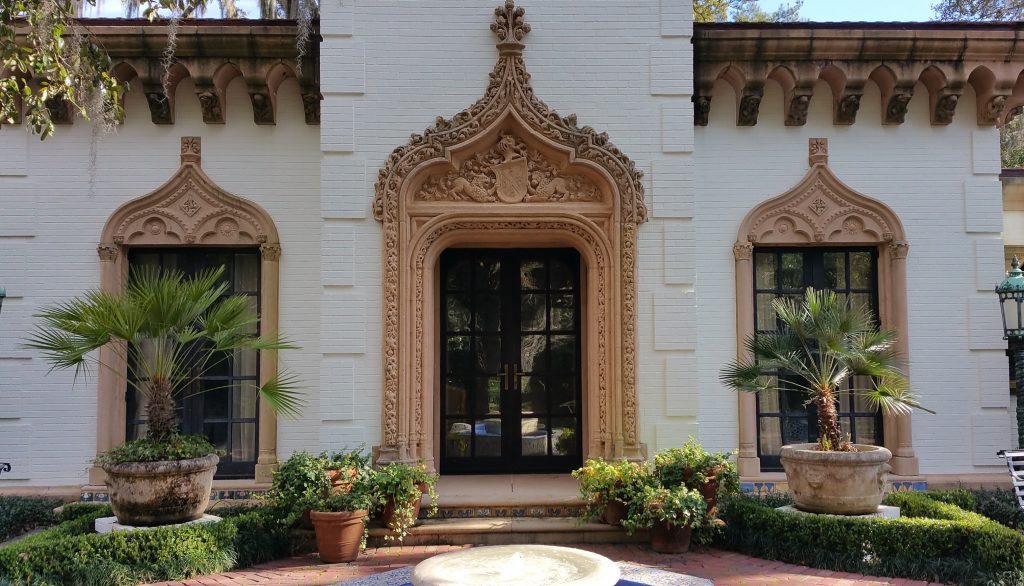 Elements from LaRonda incorporated in this Florida home

Olde Good Things is honored to be a part of this amazing salvage and historic preservation project. We would love for you to visit one of our many locations to see the other gorgeous pieces we have been privileged to recover over the years.

To learn more about our salvaging services or look through our growing inventory, contact us.