The most interesting store in New York City is now offering a selection of the most interesting antique doorknobs from famous historic buildings. The salvaged knobs come from a wide variation of buildings, including the Neo-gothic Woolworth Building and the Art Deco Leverich Towers. And with such a varying selection, there is sure to be an antique doorknob that will perfectly accent your home or to add to your collection. 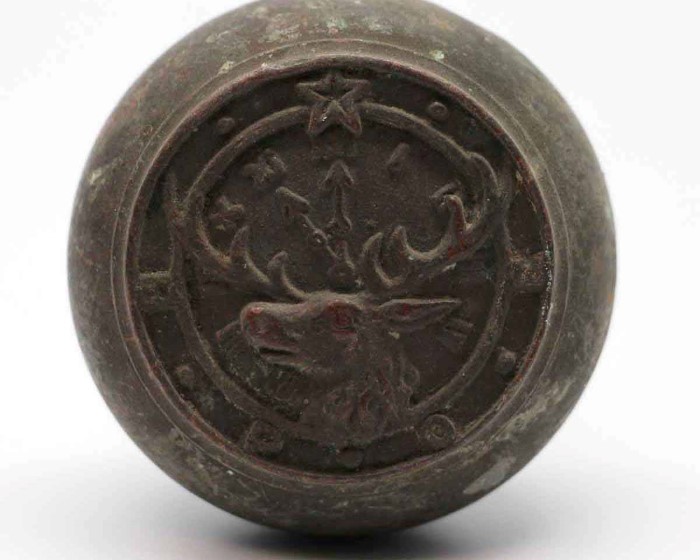 The Benevolent and Protective Order of Elks, established in 1868 by Thespians, is a charitable organization originally from New York. Currently, they have over 2,000 lodges located across the United States. This knob prominently features an elk in the center. View more listings matching the Elks group. 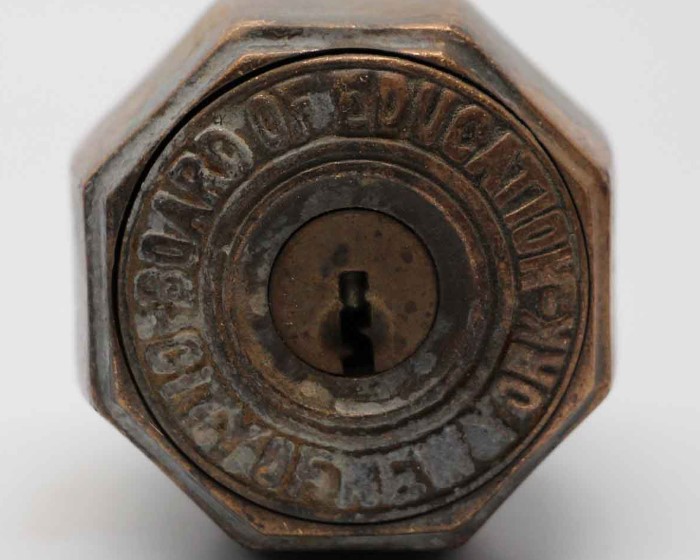 2. Board of Education New York City

The New York City public schools feature buildings that are noteworthy in many architectural ways. The New York City schools service over 1.1 million students. this knob features a ring of text reading “Board of Education, City of New York.” View more listings matching this knob group. 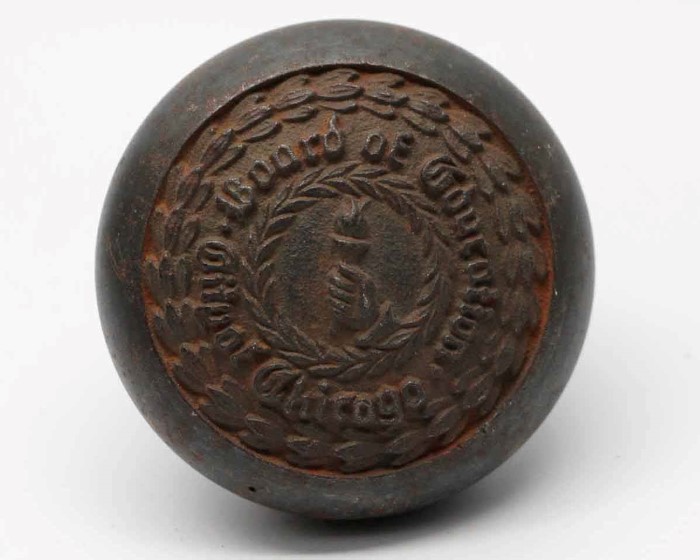 3. Board of Education Chicago

Chicago public schools serve nearly 500,000 students. Much like New York public schools, the buildings are often stylistically noteworthy. This knob features a more ornate design than the NYC knob, with the ring of text, “Board of Education, City of Chicago,” surrounding a hand holding a lit torch. View more listings matching this knob group. 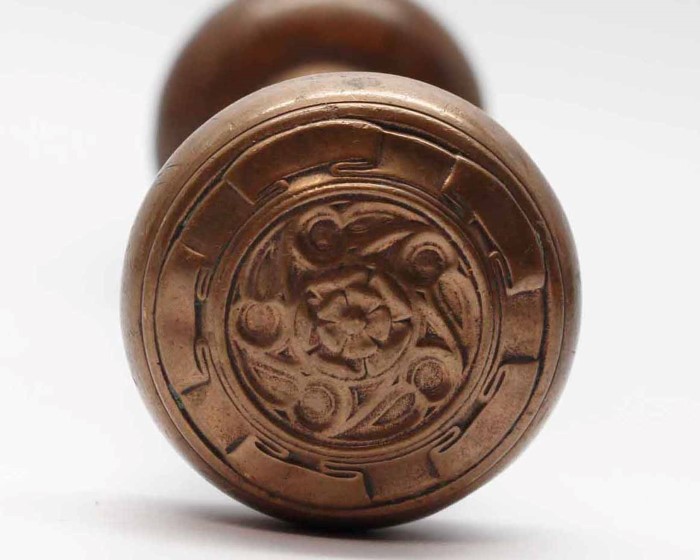 For seventeen years, the Woolworth building on Broadway was the tallest building in the world. Interestingly enough, the evening of the opening was celebrated by President Woodrow Wilson turning on the lights. Today it is a National Historic Landmark. The Neo-Gothic landmark features these Gothic knobs, made in 1910 for the Woolworth Building. View this knob set online. 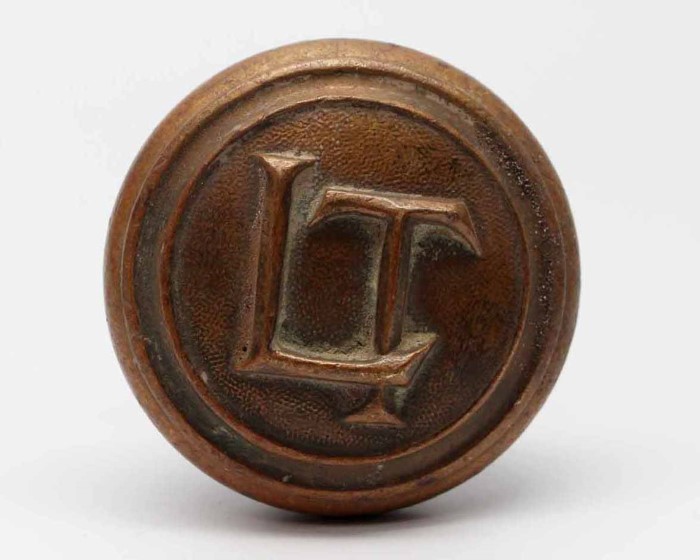 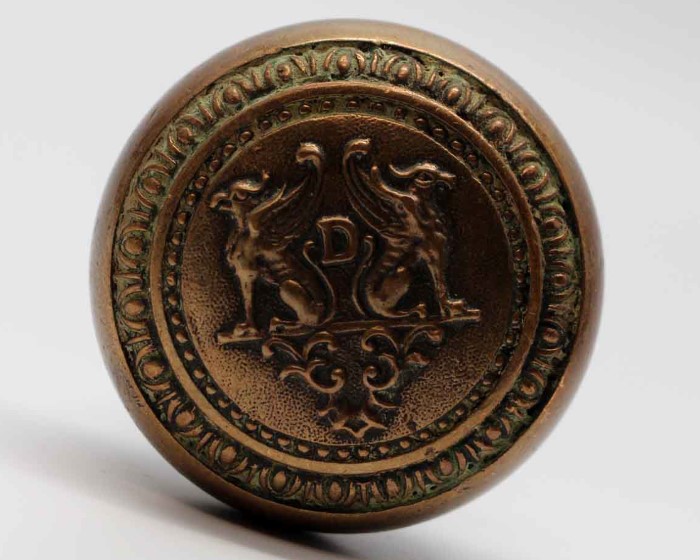 The Neo-classicism, 400-room hotel was built by John G. Deshler in 1916 in Columbus, Ohio. The hotel was a central landmark until it was demolished for the One Columbus Center skyscraper. These emblematic knobs feature the legendary griffins. View this door knob online. 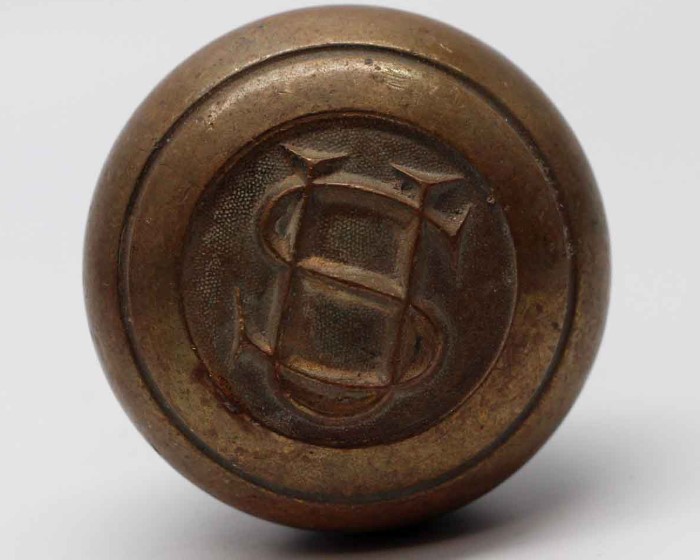 The Chicago Federal Building was completed in 1905, and demolished 60 years later in 1965. The Corinthian Order architecture originally housed courts, a post office first built in 1880, and many other government offices. In 1931, one of the courtrooms was the location of the trial for Al Capone, and concluded with his being sentenced to 10 years for tax evasion. The Federal Building was eventually demolished and replaced with the Kluczynski Federal Building. View this door knob online.

The apartment building, which opened in 1930 at 1180 Raymond Blvd, Newark, NJ, is now known as Eleven 80. The Art Deco building was once the tallest building in the city. View this knob online. 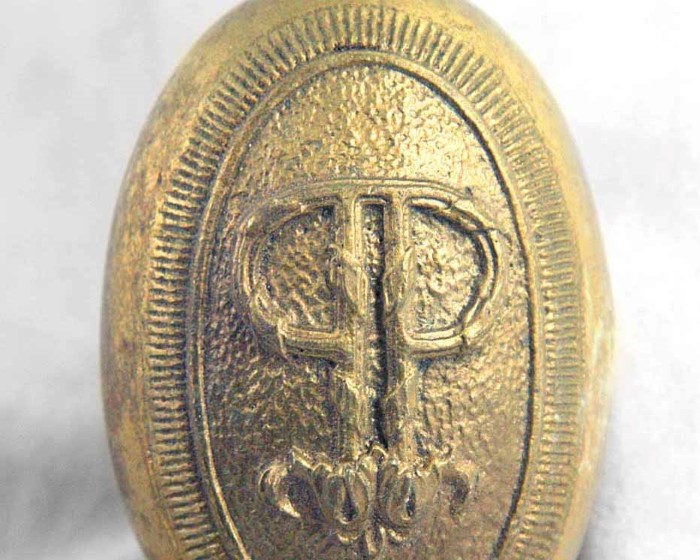 This National Historic Landmark of a hotel has been the setting of numerous books and films. The great American author, F. Scott Fitzgerald’s The Great Gatsby uses a suite in The Plaza as a setting for several scenes. While the French Renaissance style building has been frequented by many celebrities, it has also been the place for many important political meetings. View our blog on The Plaza Hotel salvage. 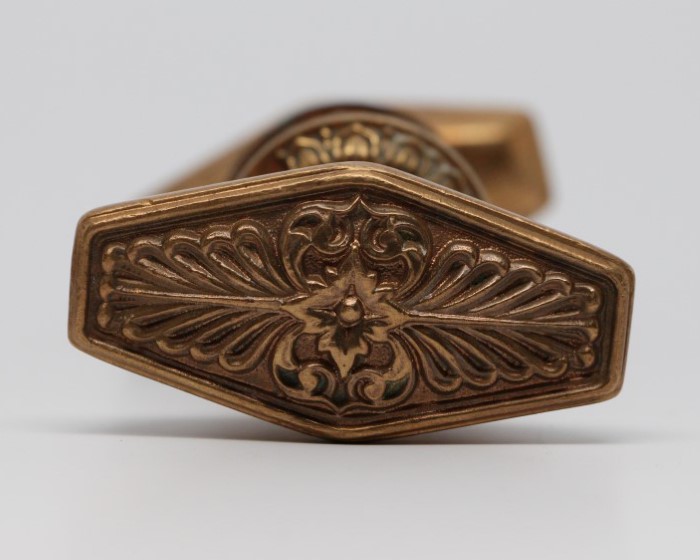 The Waldorf Astoria Hotel in New York City was once the tallest hotel in the world. The current building opened in the 1930s, and has its own railway platform connected to the New York City Subway system. The hotel was the location where the world Peace Conference of March 1949 took place. Presidents, celebrities, and numerous other high-profile guests have stayed there, the earlier Waldorf-Astoria was even home to inventor Nikola Tesla. Among the numerous salvaged artifacts we have for sale from the Waldorf Astoria, these ornate bronze doorknobs feature a unique shape and matching rosettes. Please contact regarding this knob set.