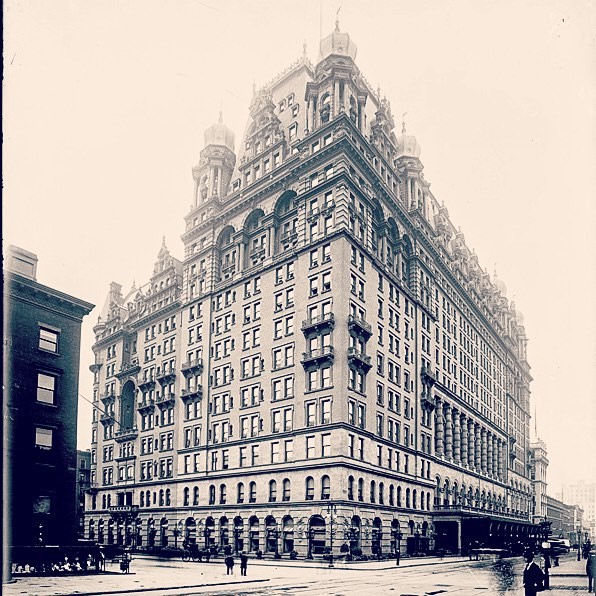 The Waldorf Astoria was erected over an entire city block on Park Avenue, Manhattan, in 1931. It was the successor to the original on Fifth Avenue, which was demolished to make room for the Empire State Building.

The Park Avenue Waldorf Astoria was designed by New York architectural firm Schultze & Weaver, the architects who designed a line of Biltmore hotels and redesigned the Grand Ballroom of New York City’s Plaza Hotel. When the hotel opened, it was the largest and tallest hotel in the world at 625 feet and 47 stories. It hosted 1,416 guest rooms, each one unique, for a total of 2,200 rooms. Famous for its Art Deco luxury, this is the hotel that invented 24-hour room service in its early years. Herbert Hoover gave the opening speech from the White House on the radio in 1931. 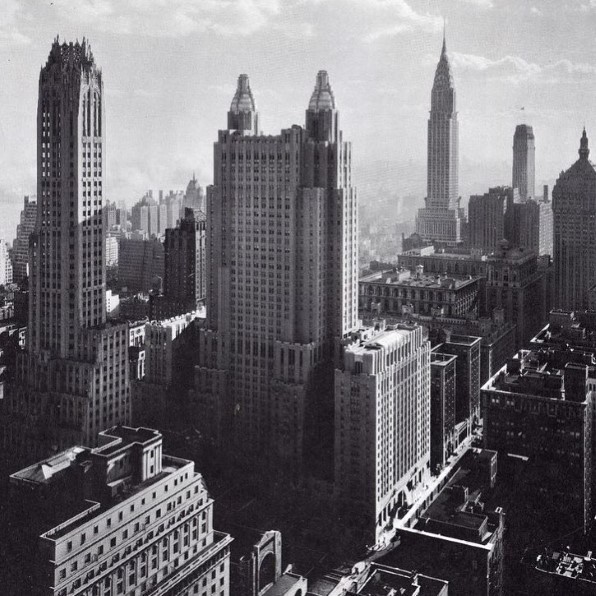 A 1946 conference held at the hotel hosted representatives of allied countries to discuss the future of eastern Europe after World War II. The April in Paris balls attracted figures like John F. Kennedy and Marlene Dietrich. Suite 2728 housed Marilyn Monroe when she hid away from Hollywood in 1955. In 1956, actress Grace Kelly and Prince Rainier III of Monaco convened at the hotel for their engagement party. Frank Sinatra lived on the 25th floor & later the 33rd floor. Queen Elizabeth II Prince Philip stayed at Waldorf Towers in 1976. The Duke of Windsor and Mrs. Simpson lived on the 42nd floor in Royal Suite 42R. 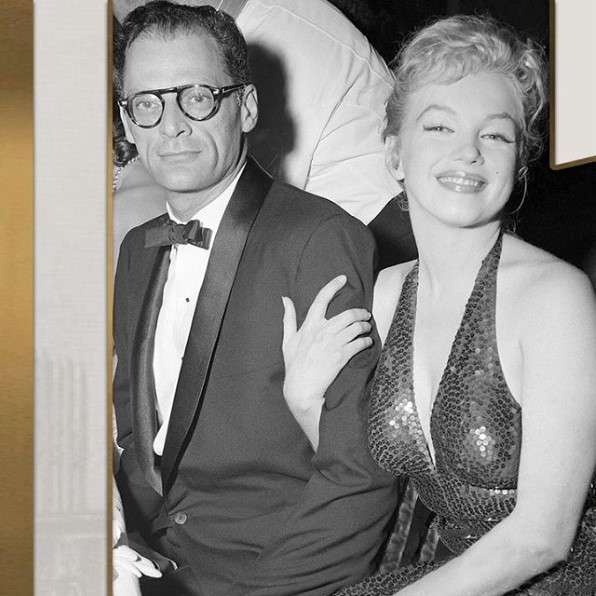 Other visitors who appreciated the luxury of the Waldorf Astoria were Albert Einstein, Winston Churchill, Dalai Lama, Dwight Eisenhower, Vince Lombardi, John Wayne, Katherine Hepburn, and every U.S. president after Herbert Hoover. The hotel served as the venue for the elite International Debutante Ball from 1954.

Before reconstruction began, the hotel’s most iconic spaces — the West Lounge known as “Peacock Alley”, the grand ballroom, and the lobby containing 13 murals and a floor mosaic by artist Louis Rigal — were granted landmark status by New York City’s Landmarks Preservation Commission. The building itself was designated a city landmark in 1993. 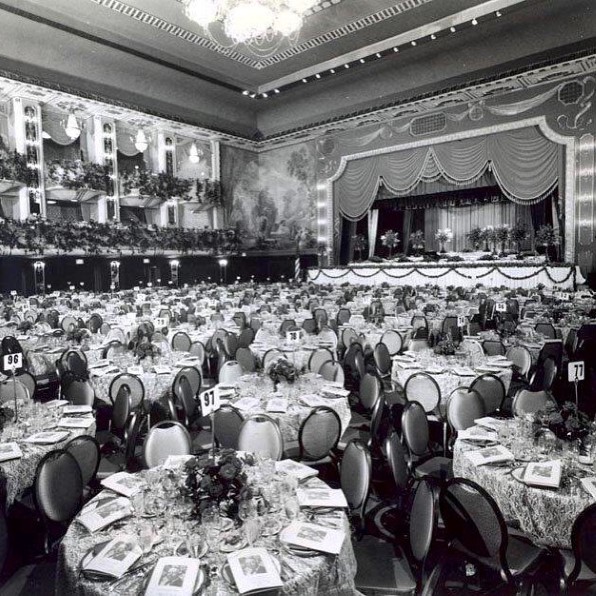 Olde Good Things began the project of salvaging the famous Waldorf Astoria New York City for renovations in 2017. The salvage included marble and wooden mantels from the Cole Porter Suite and doors from the Marilyn Monroe Suite, along with 2,000 light fixtures from the suites and hallways of the famous hotel. Other treasures rescued prior to refurbishment include chandeliers from the Starlight Room and other architectural elements from rooms steeped in history. 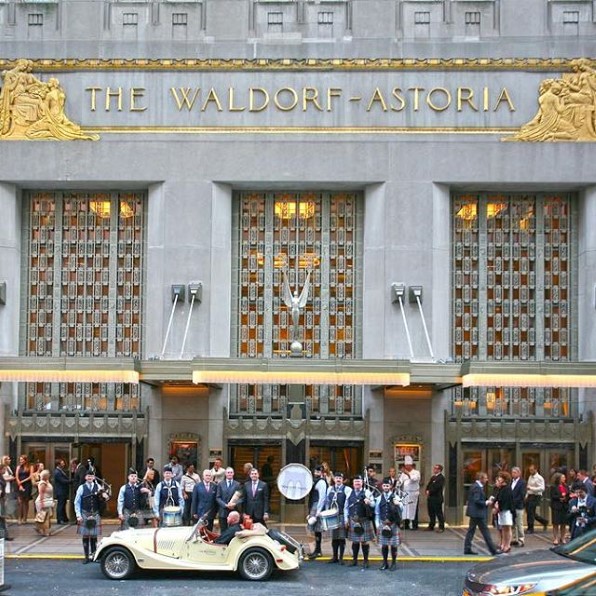 Investigate the amazing things we preserved from this NYC icon by visiting the  Waldorf Astoria category online.